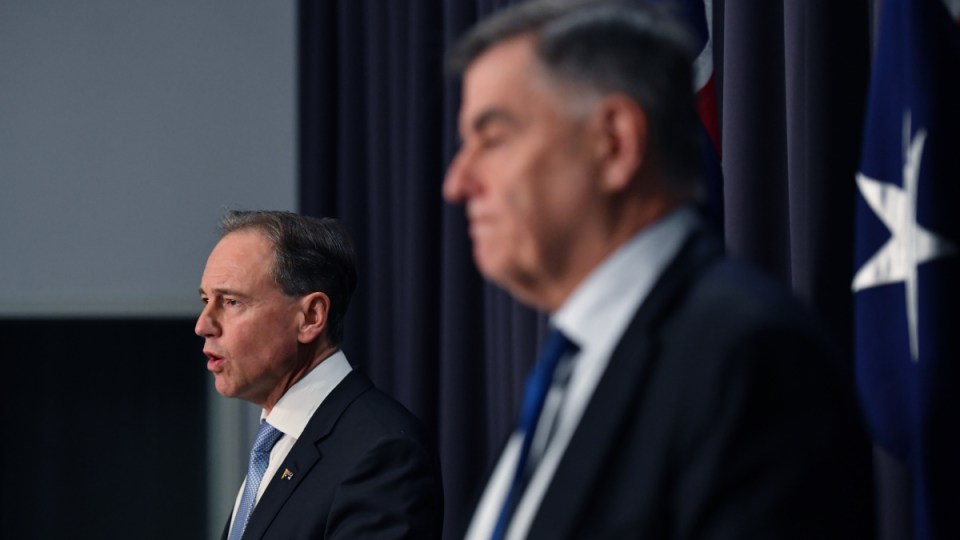 The world-leading Moderna vaccine will be the foundation of Australia’s plan for COVID ‘booster’ shots next year, with the federal government announcing 10 million doses to arrive in 2021 and another 15 million in 2022.

But it’s unlikely any Australians should expect to receive the Moderna jab until the end of the year at the earliest, with Health Minister Greg Hunt saying it was only considered as a “reserve supply” in 2021 in the event of interruptions to Pfizer or AstraZeneca supply.

“This locks in our capacity to ensure that every Australian has access to a vaccine this year,” Mr Hunt said, giving the latest update on vaccination projections after a confusing week of shifting messages from the Coalition.

Australia is currently distributing Pfizer and AstraZeneca shots, with a third vaccine called Novavax expected to be delivered later in 2021. Moderna will be the fourth vaccine for Australia, but the surprise announcement on Thursday is not expected to alter the current national rollout plan – so don’t expect to receive it just yet.

“[Moderna will] serve two purposes: Firstly, as a reserve supply for this year if other elements of the supply chain were to run into any challenges,” Mr Hunt said.

“Secondly, they are our foundation of a booster and variant strategy. Moderna is on the advice that we have, the most advanced of the vaccine products with relation to the capacity to adapt to booster and various requirements.”

Health secretary Brendan Murphy said Australians should expect to “mix and match” vaccines, potentially getting a Pfizer or AstraZeneca in 2021 and then a Moderna ‘booster’ in 2022. He said there may even be “some benefit” in getting vaccines of different types, but that further studies were ongoing.

“There is no good scientific reason why you can’t boost with one and then have another vaccine later,” Professor Murphy said at a Canberra press conference on Thursday morning.

“This investment is assuming that will be possible and we have no reason to think it won’t be.”

What is the Moderna vaccine?

Moderna is an mRNA vaccine, the same type as Pfizer, with very high efficacy rates reported in studies. It is being rolled out in the United States and across Europe to many millions of people, and the federal government has faced months of questions over why it had not tried to sign a deal with Moderna as well.

“It has also shown strong protection of 90 per cent efficacy against COVID-19 for at least six months after the second dose.”

The vaccine must be approved by Australia’s Therapeutic Goods Administration before it can be used, but is expected to require two doses given 28 days apart.

In a surprise announcement overnight, Moderna told investors it had “a new supply agreement with the government of Australia”.

Moderna’s advisory was not immediately accompanied by an announcement from the government, and the deal was not outlined in the federal budget delivered just two days earlier. The budget did, however, make brief mention of the government having “provisioned to purchase additional vaccine doses, including mRNA”.

Mr Hunt denied the government had been caught off guard by Moderna’s announcement.

“These things are ready when they are ready. It was agreed over recent days,” he said.

“Yesterday, the government signed. Overnight Moderna filed their market notifications. This morning we are announcing.”

Why do we need boosters?

Studies continue around the world, but experts believe COVID vaccines will require boosters on a regular basis, like annual flu shots. This is because it’s unknown how long the benefit will last from the current crop of vaccines, and also because certain vaccines may be more or less effective against specific ‘variants’ of the virus.

The Pfizer and AstraZeneca jabs, for instance, are less effective against the South African strain of the virus.

The New Daily reported last week on growing calls for the government to lock in long-term supply deals for variant-specific vaccines beyond next year.

Moderna said the deal includes 10 million in 2021 for the “ancestral” or original strain of COVID, with the other 15 million doses of “Moderna’s updated variant booster vaccine candidate” in 2022.

Mr Hunt said one million of those doses may be available in the third quarter of this year, with nine million expected in the final quarter.

Australia’s COVID vaccine supply plans are heavily back-ended, with tens of millions of doses of Pfizer, Novavax and now Moderna to be delivered in the last three months of 2021.

Mr Hunt also announced that industry and science minister, Christian Porter, would release an ‘approach to market’ within 10 days, for expressions of interest for private companies to build mRNA manufacturing facilities in Australia. That measure was detailed in the budget, with plans for “long-term sovereign mRNA manufacturing capability”.

The government has been investigating a business case for mRNA facilities, with CSL interested. Moderna’s announcement also detailed that it was “continuing discussions with Australia about establishing potential local manufacturing opportunities.”

Mr Hunt welcomed Moderna’s interest in building local facilities, adding there were also “a range of potentially very viable approaches” from other companies.

Professor Murphy noted it would take some time to build such capability.

“It is very unlikely to be this year. It is going to be some time next year, I would imagine,” he said.

“It is a technology that we need to have.”

Labor’s shadow health minister, Mark Butler, welcomed the announcement but noted many tens millions of Moderna doses had been delivered across America, Canada, the United Kingdom and Europe already.

“If the rest of the world struck deals with Moderna as early as last year for access to this state-of-the-art vaccine, why do Australians have to wait to the end of this year?” he asked.

‘Mix and match’: Aussies to get Moderna vaccines for COVID booster shots next year