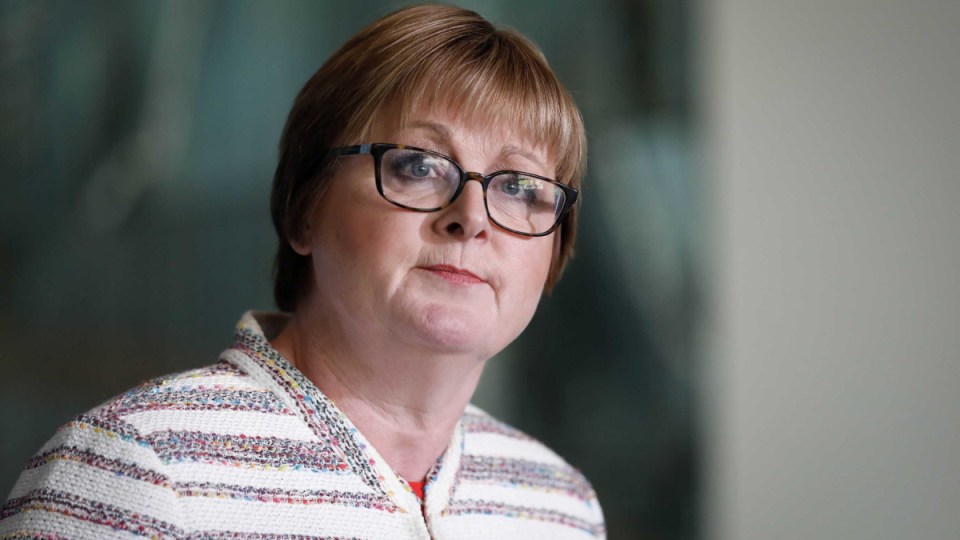 Linda Reynolds says she is "very limited now" in what she can say because she is assisting the AFP with its investigation. Photo: ABC News

Federal minister Linda Reynolds says she is prepared to be interviewed by police as they investigate the alleged rape of her former staffer, Brittany Higgins.

Ms Higgins made a formal complaint to the Australian Federal Police (AFP) earlier this year, alleging she was raped by a male colleague in Senator Reynolds’ office in 2019.

In an interview with Channel Nine, Senator Reynolds said she had provided a statement to police and was “absolutely” prepared to be interviewed by officers if they asked.

“I’m very limited now in what I can say because I am assisting the AFP with their investigation into that matter,” she said.

“I’m assisting. I’m doing everything I can to assist the AFP inquiry into the matter.”

Senator Reynolds has previously apologised for calling Ms Higgins a “lying cow” and retracted the remark.

“I have apologised publicly on a number of occasions and I am sorry for what I said, I shouldn’t have said it,” the minister told Nine.

“And I’ve also financially settled now with Brittany. So I wish her well.”

Minister says she has ‘bounced back’ from health condition

Senator Reynolds took medical leave in the weeks after Ms Higgins’ allegation became public for what the minister described as a “long-standing heart condition”.

She was later moved out of the defence portfolio and into the position of the Minister for the National Disability Insurance Scheme (NDIS).

“I’ve had great medical care. I’ve bounced back and I’m throwing myself into this fabulous portfolio,” she said.

“One of the things I’ve rediscovered in this job, [is] that when we become politicians we’re not immune to human illnesses and conditions.

“So it was a very salutary reminder to me that in my case, my heart health is important.”

Senator Reynolds said she was determined to put the NDIS on a “sustainable growth trajectory”, amid projections the cost of the scheme will overtake Medicare.

“I’ve got two main priorities this year, to make the scheme fairer, simpler and provide more flexibility for the participants themselves,” she said.

“The federal government over the last two budgets has put $17 billion in to make sure that we fully fund the scheme, but that said, we do have to find a way to put it on a sustainable growth trajectory because at the moment it’s been increasing by 12 per cent per annum.”