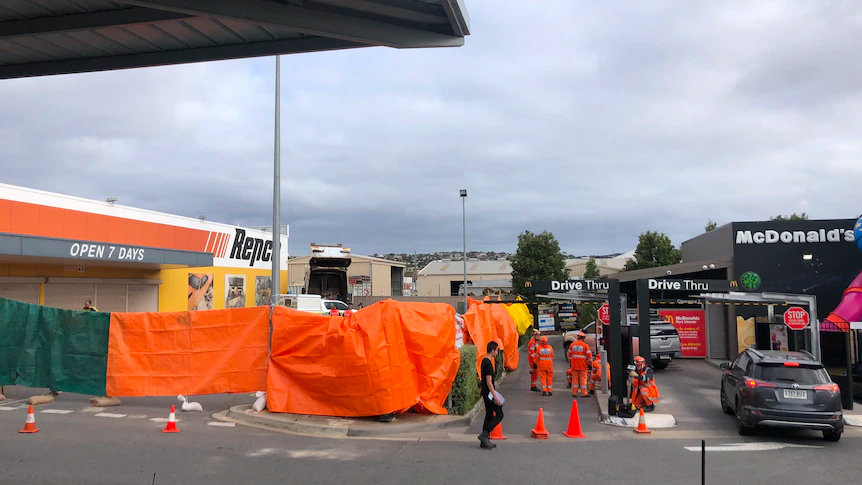 One boy jumped clear and another was uninjured, police said. Photo: ABC News

The principal of a 13-year-old Port Lincoln boy killed when the industrial bin he was sleeping in was emptied into a truck early on Tuesday morning has said he was a well-liked student who would be greatly missed.

Lincoln Gardens Primary School principal Sandra Spencer released a statement to the school community last night to confirm the boy was one of the school’s Year 7 students.

“The student was a well-liked, caring, friendly student at our school,” she said.

“He also loved to share stories and spend time outside in nature, he will be greatly missed.”

The boy was sleeping in an industrial bin in the Eyre Peninsula city when it was emptied about 5:20am.

SA Police said two other boys, aged 11 and 12, were also in the bin at the time, but one of them managed to jump out.

The other boy who ended up in the truck was “relatively unhurt”, police said, but the 13-year-old sustained serious injuries and died at the scene.

Ms Spencer said the school would be concentrating on supporting students and staff as they process the boy’s death, and that counsellors would be at the school today to help.

“We have spoken to each class about the student’s death and let them know who they can talk to if they need support,” she said.

“We have arranged for social workers to attend the school on Wednesday and Thursday, who will be available for students who require further support.”

Yesterday, some of the boy’s friends visited the scene of the incident to pay tribute to him.

One friend, Dylan Fox, had a message for the two other boys who had been sleeping in the bin.

“I’ll always be there for you guys,” he said.

“You know I’ve always been there for you and you know I won’t leave you or nothing.

“If you need anything, just come and ask.”