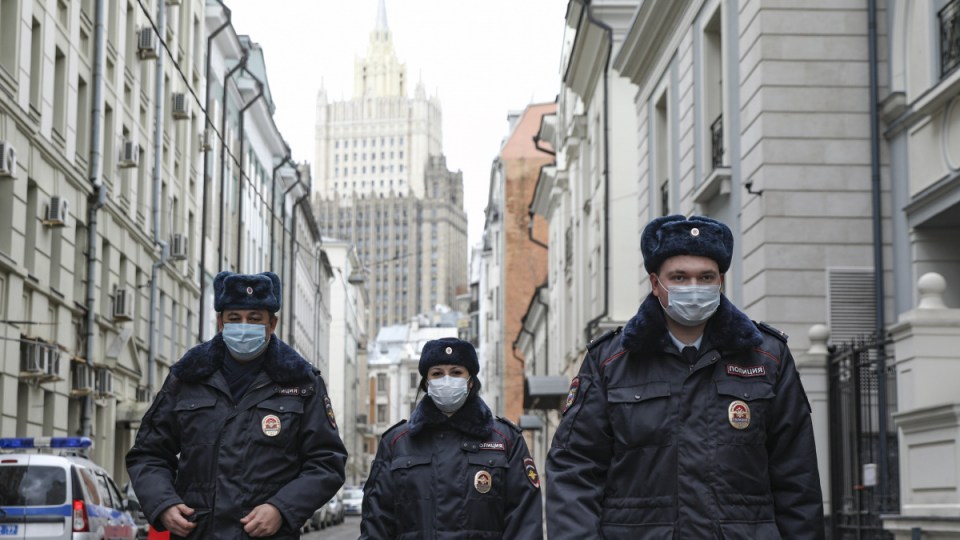 Russian police are investigating a reported school shooting in the city of Kazan. Photo: AP

At least nine people have been killed, including seven children, and many more wounded after a gunman, reported to be a 19-year old former student, opened fire at a school in the south-western Russian city of Kazan.

Two children could be seen leaping from the third floor of the four-storey School Number 175 as gunshots sounded, in a video filmed by an onlooker and circulated by news agency RIA.

Four boys and three girls, all eighth-graders, died as well as a teacher and another school employee, Tatarstan Republic governor Rustam Minnikhanov said. Of the 21 wounded and hospitalised, six are in extremely grave condition, authorities said.

The attacker, identified only as a 19-year-old, was arrested, officials said.

They gave no immediate details on a motive.

“The terrorist has been arrested, 19 years old. A firearm is registered in his name. Other accomplices haven’t been established. An investigation is underway,” Mr Minnikhanov said.

But Russian media said the gunman was a former student at the school who called himself “a god” on his account on the messaging app Telegram and promised to “kill a large amount of biomass” on the morning of the shooting.

JUST IN – Mass shooting in a school in Kazan, Russia. At least 13 dead, 12 hospitalized. One suspect detained. Another one holds several people hostage.pic.twitter.com/yiGlmOXlVn

Footage posted on social media showed a young man being pinned to the ground outside the school building by a police officer.

School shootings are rare in Russia. One of the last major incidents took place in Russian-annexed Crimea in 2018 when a student at a college killed 19 before turning his gun on himself.

Kazan is the capital of the Muslim-majority region of Tatarstan and located around 800 kilometres east of Russia’s capital, Moscow.

Nine dead and over 20 injured in Russian school shooting