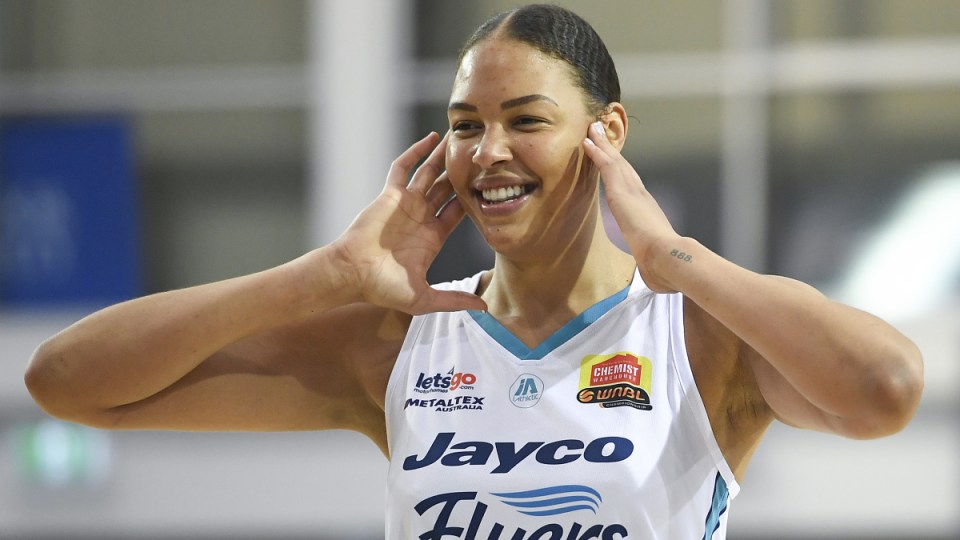 Liz Cambage was the first woman to dunk at an Olympic Games. Photo: Getty

Opals centre Liz Cambage has said she will compete at the Tokyo Olympics, despite her anger about a lack of diversity in promotional content involving the Australian team.

There’d been speculation the 29-year-old could boycott the Olympics after highlighting two photos – one from the Australian Olympic team and another from underwear brand Jockey – that she described as being “whitewashed”.

In a post to Instagram on Tuesday, the basketball star confirmed she would be competing in Tokyo.

“For everyone wondering so desperately what my decision is for the Opals, I’m in baby… I’m in,” she said.

“How can I sit out when we have the bodysuits back? I’m going to look so good in it.

“I’m going to play with my sisters that I’ve been playing with since I was a wee little thing and I’m going to ball out for all those young brown kids back in Australia watching me, baby. I’m going to do it for you.”

Cambage has represented Australia at the past two Olympics and is one of the Opals’ most important players.

Her comments last week drew criticism from former Australian tennis great Todd Woodbridge, but she has vowed to continue to advocate on race-related issues.

“There are two (types of) people in this world: there are the people who have the balls to stand up and say something and make change, that’s me. I was born for this,” she said.

“The second type of people in this world, that’s the people who are intimidated and scared and insecure and hide behind fake profiles and talk shit because you are too scared to do anything.

“I’m not going to stop for no one or nothing. Have a great day.”

Cambage is currently in the US preparing for the WNBA season which starts this week. Her team, the Las Vegas Aces, is one of the title favourites.