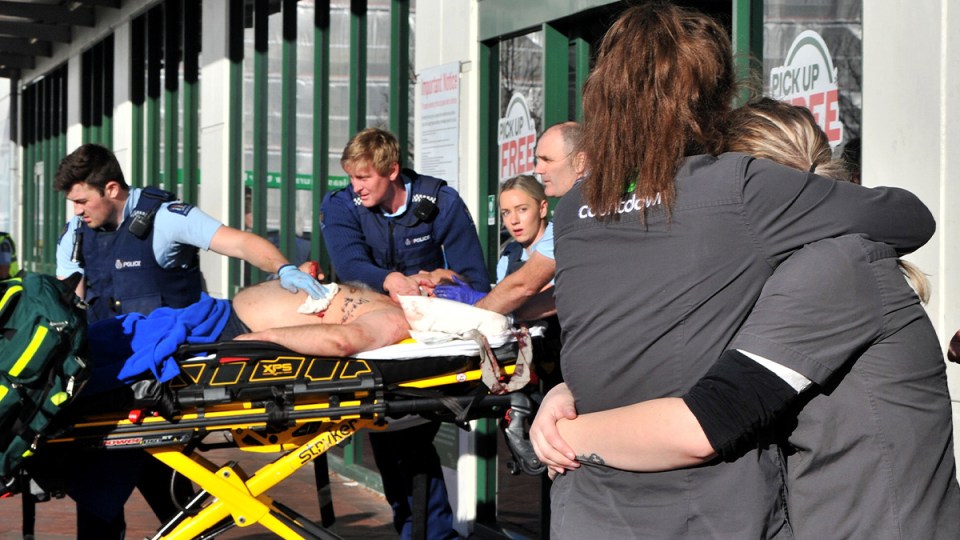 New Zealand police said several people were injured, and they believe it to be a random attack. Photo: AAP

Three of the four victims in the Dunedin stabbing attack are in a “serious but stable” condition according to New Zealand police.

New Zealand police have charged a man with four counts of attempted murder after a stabbing attack in downtown Dunedin on Monday.

A 42-year-old will appear in the Dunedin District Court on the charges later on Tuesday.

The shocking attack took place at a downtown supermarket at around 2.30pm.

Five people – including the attacker – were transported to nearby Dunedin Hospital, with three in a critical condition.

Police say the condition of three people in hospital is “serious but stable”, with a fourth person in a moderate condition. 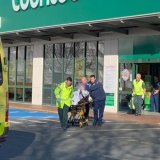 Two of those hurt are supermarket employees.

Eyewitnesses to the attack said they heard loud screaming and “saw a man brandishing two knives” on Monday.

“It just sounded like someone fell over and then screaming got louder and louder,” a witness told NZ news outlet Stuff.

Members of the public tackled the alleged offender to the ground before armed police arrived.

He was then marched, covered in blood, to the nearby police station.

Prime Minister Jacinda Ardern and police leaders have praised the bystanders for apprehending the man and preventing further injury.

Police are still conducting enquiries in relation to the incident, believing it to be random.

Ms Ardern said on Monday there was no evidence to suggest it was a targeted terror attack.