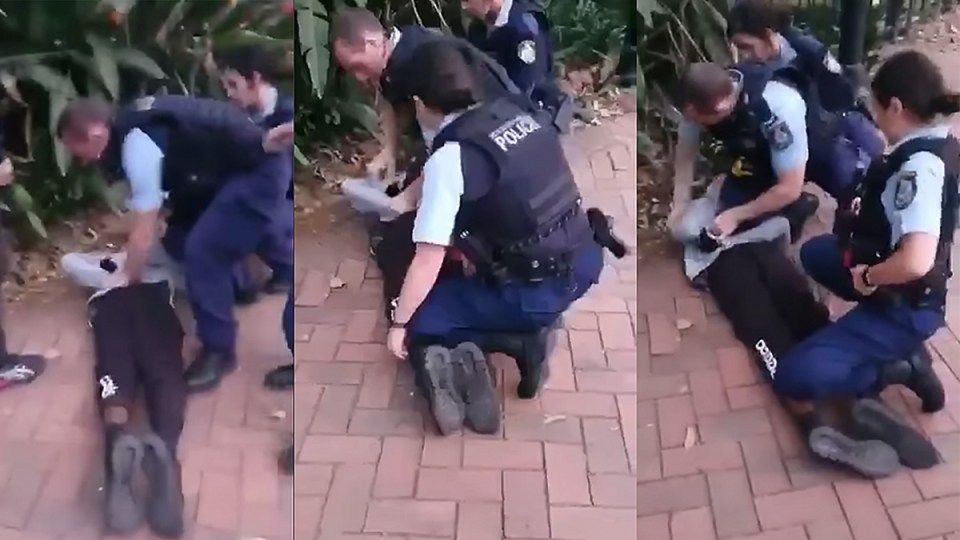 An officer has been charged over the alleged assault. Photo: Facebook

A NSW police officer has been charged over the alleged assault of an Indigenous teenager in inner Sydney last June.

Video of the incident, that occurred at Ward Park in Surry Hills, went viral and showed an officer performing a “leg sweep”.

The male constable was issued with a court attendance notice on Tuesday for the offences of assault occasioning actual bodily harm and common assault.

In a statement, NSW Police said the officer’s employment was “under review”.

In the video, the boy can be heard telling the police officer he was going to “crack his jaw”.

The officer then walks towards the boy, grabs him, and uses his leg to “sweep” him to the ground.

The boy can be heard wailing as officers kneel on him and place him in handcuffs.

After the incident, the teenager who can’t be named under law, was treated for minor injuries at St Vincent’s Hospital and released without charge.

The video drew significant attention, and came amid a backdrop of Black Lives Matter activism in the United States. 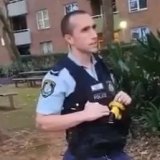 Officer who kicked indigenous teen during arrest ‘had a bad day’

At the time, NSW Police Commissioner Mick Fuller noted officers sometimes used the “leg sweep” technique, but also said: “Not for one minute am I saying the officer’s actions were correct.”

After seeing the footage last year, NSW Police Central Metropolitan Region Commander Mick Willing said he was “concerned”, while Premier Gladys Berejiklian said “we still have a long way to go in our country”.

The officer is due to appear in Sydney’s Downing Centre Local Court on Thursday, June 24.