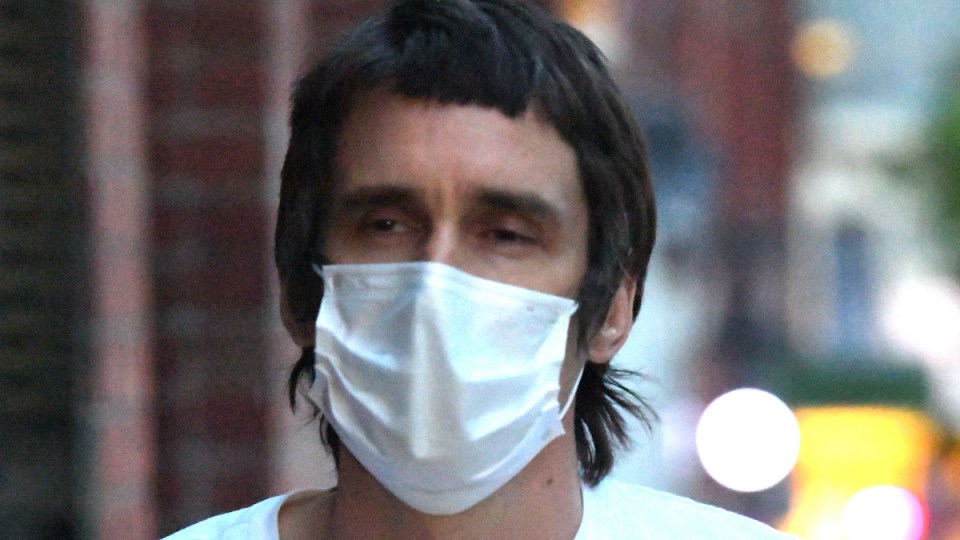 Richard Pusey will be released from custody on Wednesday on a two-year good behaviour bond. Photo: AAP

WARNING: THIS STORY CONTAINS DETAILS THAT READERS MAY FIND DISTRESSING

Richard Pusey has been called a “soulless coward” after being ordered to spend just a few days more in prison for filming dead and dying police officers on a Melbourne freeway.

The comments from Wayne Gatt, the head of the Police Association of Victoria, underscores the blistering anger that many of his members feel towards Pusey, who was on Wednesday sentenced in Victoria’s County Court over his conduct after the fatal smash.

The 42-year-old, who has referred to himself as Australia’s most hated man, was today sentenced in Victoria’s County Court to 10 months in prison.

He was also put on a two-year good behaviour bond, issued a $1000 fine and his licence was suspended for two years, backdated to October 2020.

Pusey has already served 296 days behind bars over the crash, just shy of 10 months, meaning he will complete his sentence in about a week.

But Wednesday’s decision does not automatically mean he is able to return to his Fitzroy home because he is still in custody over other charges.

His legal team has already indicated it will make an urgent application for bail, which will be heard in the Melbourne Magistrates’ Court.

It is unclear when that hearing will be scheduled.

Pusey on Wednesday appeared in court by videolink from the Melbourne Remand Centre where he is being held in protective custody.

Wednesday’s sentence has provided little solace to the families of the four police officers.

“This sentence is totally inappropriate of this offending,” Mr Schulze said.

When asked whether he accepted the apology Pusey made through his lawyers, Mr Schulze scoffed and shook his head.

Andrew Prestney, the father of Joshua Prestney, said the families acknowledged the apology.

“But I don’t think that’s going to change that person,” Mr Prestney said.

“I think there’s obviously going to be some issues ongoing.

“We’ve got a fair bit to process about all this.”

Wayne Gatt from the Police Association of Victoria pulled no punches as he spoke about Pusey.

“Judgement for people like this, it doesn’t happen in court. But it will happen. And each every one of us will face our mortality one day.

“When his day comes, I hope that he faces the same coldness and the same callousness with which he provided my members when they faced theirs.”

Recordings made in aftermath of crash provoked public outrage

The court had previously heard evidence about Pusey’s actions in the minutes after the crash, which became a lightning rod for condemnation.

“I think everyone got cleaned up, there’s four people, four people, look at that,” Pusey can be heard saying on one of his recordings.

“Bang, bang, bang, they got thrown all the way over there.”

Pusey then walked around to the rear of the truck before turning the camera onto a damaged police car.

On Wednesday, Judge Trevor Wraight described the 42-year-old’s actions in the moments after the fatal smash as “callous and reprehensible”.

“Your conduct … was heartless, cruel and disgraceful,” the judge said.

“A normal human reaction … would likely be to immediately telephone triple zero.

“What you did, however, was film the scene with a running commentary.

“It can also be described as extremely insensitive and heartless. Your focus was entirely on yourself.”

But the judge was also at pains to stress that Pusey was not being sentenced on Wednesday for causing or contributing to the deaths of the four police officers.

“While that may be a trite statement … there are some reports in the community that suggest you somehow caused the death of the police officers,” the judge said.

“The public has demonised you.”

The judge said that Pusey’s guilty plea had helped the course of justice and spared witnesses from being questioned at trial.

“There is evidence of genuine remorse,” the judge said.

“You also say that you are ashamed of the video.

“I accept that your apology you expressed through your counsel … is genuine.”

The court heard that Pusey had previously been on suicide watch and his home had been painted with the word “vermin”.

“In my view, you are entitled to have that taken into account,” he said.

He told Pusey that had he not pleaded guilty, he would sentenced him to 16 months behind bars with a non-parole period of 12 months.