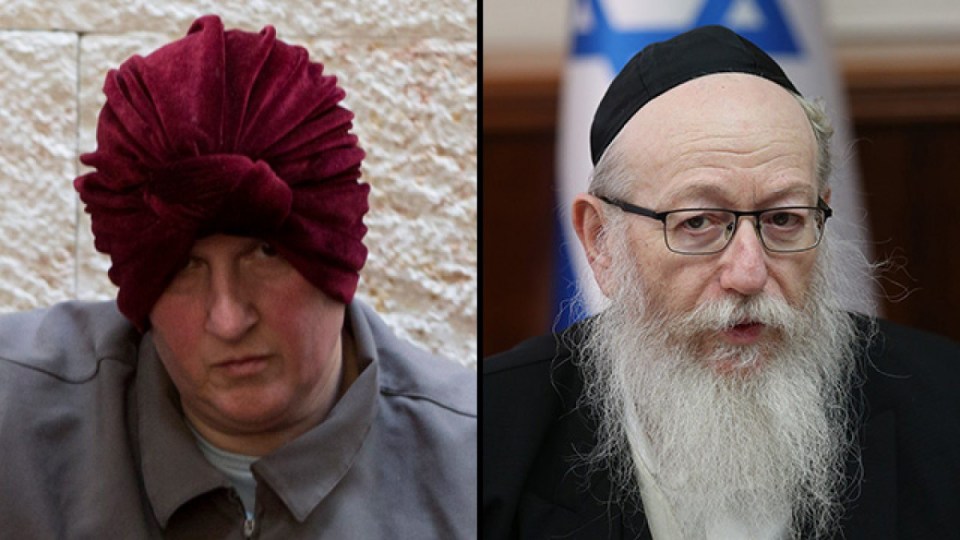 A former Israeli Health Minister is set to be prosecuted for interfering in the Malka Leifer case by attempting to prevent her extradition to Australia.

Ms Leifer, 54,  fronted the Melbourne Magistrates Court earlier this month and is facing 74 charges of child sex abuse, including multiple counts of rape, indecent assault and sexual penetration of a child.

She is accused of abusing three sisters – Dassi Erlich, Nicole Meyer and Elly Sapper – during her time as headmistress of Adass Israel School in Elsternwick between 2001 and 2008.

Israeli media is now reporting the former health minister Yaakov Litzman will be prosecuted for trying to prevent Ms Leifer from being extradited to Australia to face justice.

The Israeli police fraud unit has been investigating Mr Litzman for several months after it was alleged he pressured psychiatrists to state Ms Leifer was unfit to stand trial in Australia while the extradition case was ongoing.

It is alleged he contacted the three senior psychiatrists who were assessing Ms Leifer on multiple occasions, offering them promotions to find her unfit to travel.

Dassi Erlich previously told AAP she had long believed he had tried to interfere with the case, saying she had met him in Israel.

“He did not seem to want to talk to us until [he was] repeatedly asked to have a word,” Ms Erlich said.

“He looked us in the eye and said – ‘I do not support extradition, and I will not, But I will not intervene.’”

Manny Waks, chief executive of VoiCSA, said his organisation had concerns Mr Litzman had been interfering with the case.

“Having sat through most of the 70 plus court hearings in Israel, it was clear to me, and to many others, that something was amiss,” Mr Waks said.

“When it was announced that Israel Police was investigating Litzman for interfering in this prolonged case, and ultimately recommended that he be indicted, it all made sense.”

The sisters are among 10 witnesses set to give evidence against Leifer in a five-day Melbourne Magistrates Court committal hearing scheduled for September.

Ms Leifer flew to Israel 2008 but was arrested there in February 2018 over allegations of child sexual abuse linked to her time as head of the school in the 2000s.