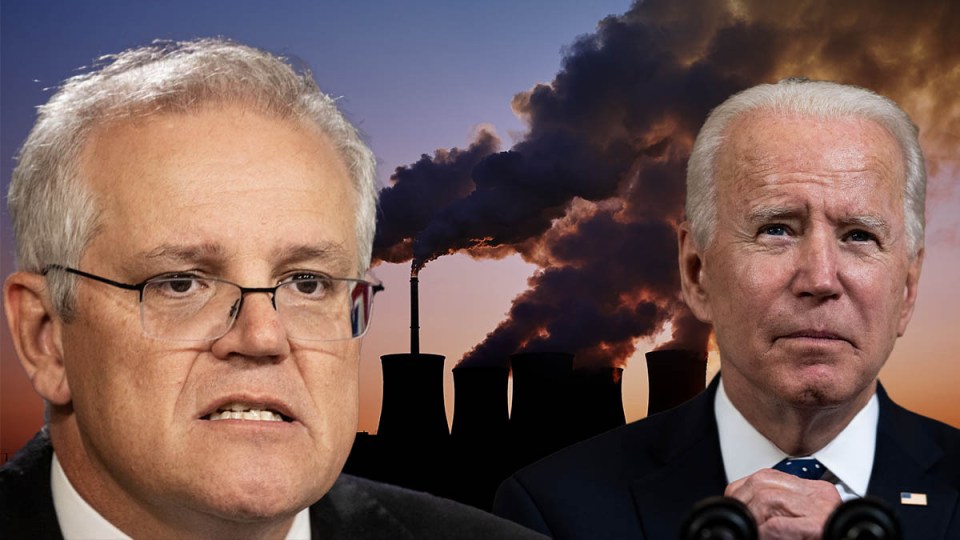 Australia will be an international embarrassment at the US-led climate change summit this week, as other countries put a firm foot down to reduce emissions.

That is the message from climate scientists and economists who argue our country is in the best position in the world to take advantage of a renewable future.

All it has to do is make the leap.

On Thursday night, US President Joe Biden will try to pull off some diplomatic gymnastics – by convincing countries to take a tougher stance on climate change while simultaneously rebuilding the US’s credibility on the issue, after years of damaging denialism from the Trump administration.

The Biden administration hopes the two-day summit will mark a turning point in the global fight against climate change and set an ambitious tone before the main event in 2021 – the UN climate conference in Glasgow in November.

Prime Minister Scott Morrison this week set the scene before the summit, by indicating he would not be interested in taking up a more ambitious emissions-reduction target, while vowing to spend an extra $540 million on clean energy projects and announcing $565 million to support partnerships and research into low-emissions technology.

The government is hoping these announcements will demonstrate Australia’s commitment, and help ward off any awkward conversations with world leaders.

No tax? Fine, they say

Will Steffen, Climate Council spokesperson and climate change expert, said the government had “lots of levers” it could pull to act on emissions reductions – without having to introduce new taxes.

“The first thing you have to do is get rid of the subsidy on the fossil fuel industry. That’s not a tax. In fact, it’ll help the bottom line,” Professor Steffen said.

“All levels of government need to stop approving fossil fuel developments, that’s not a tax.

“The third thing is, you can make it easier for the renewables sector by helping retrain the energy sector. You could really support communities like the Hunter by transitioning them into new clean industries. 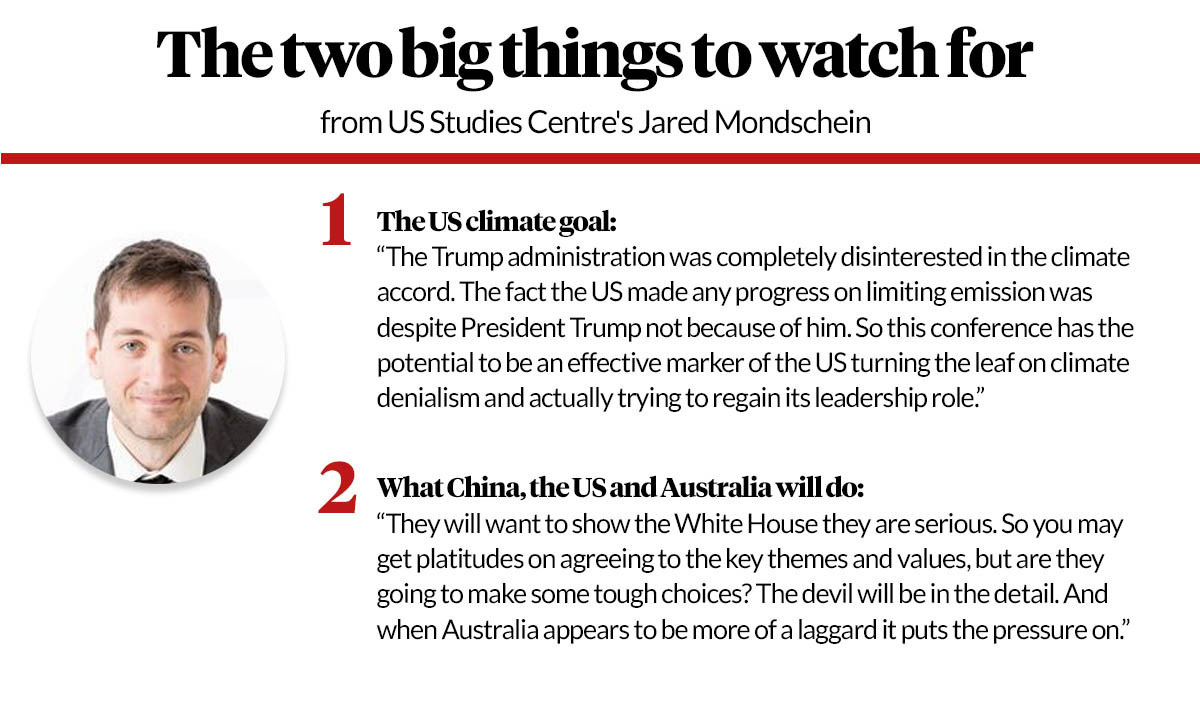 Australia needed to transition smart and fast before large parts of the country became “unliveable”, he said.

Mr Biden is expected to use the spotlight to announce a new emissions target of 50 per cent below 2005 levels by the year 2030.

He’s encouraged other countries to come equipped with their own ambitious targets, which will leave Australia out in the cold.

Greg Bourne, Climate Council spokesperson, energy expert and former president of BP Australasia, said we had been invited “because we’re a big part of the problem”.

“If we continue exporting emissions-intense products, we will be in trouble and we will miss the clean energy revolution. It is time to clean up our act,” Mr Bourne said.

The fight to reduce emissions is being fought along state and territory lines, The Australia Institute climate and energy program director Richie Merzian said.

“The states and territories are doing something. All the state and territory have net zero by 2050,” he said.

“In the ACT they’ve hit 100 per cent net renewable electricity, which means we buy as much as we sell.”

Huge gains are being made in lower levels of government and corporations, but without federal backing, it’s just not enough, he said.

What we’re not doing

The federal government is not just an international laggard when it comes to climate change, but also a national one, Mr Merzian said.

“The Australian government won’t commit to net zero, even though every major corporation and every state and territory has,” Mr Merzian said.

“The federal response can be summed up as, ‘Money for fossil fuel companies’.

“The real battle is not that they will deny it, but they will delay it, and that’s what we’re seeing from the feds.”

Firstly, by moving to 100 per cent renewable energy, and using that abundance of energy to electrify everything, including cars, houses and cooking.

Then, stop cutting down trees – plant more instead.

The easiest thing Australia could do to reduce pollutants, he said, was to regulate them.

“Regulate it. Just say, ‘Pollution is banned, that’s the law now’. No more coal mines. No more gas fields. We don’t make a market for it,” Mr Merzian said.

The PM has repeatedly stopped short of making a firm commitment to net-zero emissions.

He is attempting to have the argument both ways, by winking toward the goal to appease those asking for tougher emissions aspirations, while limiting the ammunition he’d give to his regional backbenchers who could start a coup over bold climate action.

After one of those very insurrections led directly to Mr Morrison coming into power, following the 2018 knifing of Malcolm Turnbull on the same issue, the PM is all too aware of the dangers of moving too quickly on climate within the Coalition.

But on the global stage, Australia has long been criticised for a lack of action.

Mr Morrison said it was clear that “the world was changing rapidly and Australia will need to be competitive in a new energy economy”.

But it’s unclear whether these budget announcements will help paper over the fact Australia is nearly alone among our allies and major trading partners in not yet committing to net zero.

“I’m hoping the United States comes with updated and better roadmaps to net zero, but other countries too, including in our region, and it would be nice to see Australia as part of the conversation,” Mr Bowen said.

Australia all set for embarrassment at Biden climate summit