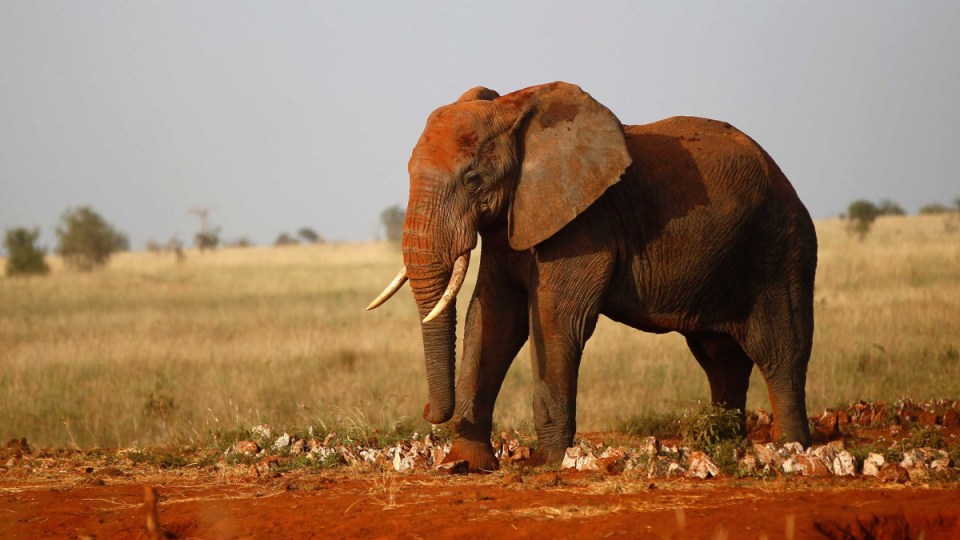 Authorities at Kruger National Park say they were chasing poachers before one was trampled to death by elephants. Photo: Reuters

A suspected rhino poacher has been killed by an elephant stampede while fleeing from rangers at one of South Africa’s most famous parks, authorities said.

Another man has been arrested, while a third was able to flee, officials at Kruger National Park (KNP) said on the weekend.

The trio of suspected poachers were spotted by rangers, who chased them through the park.

An aviation team and a K9 dog unit were also involved in the pursuit.

The men dropped axes while trying to escape and ran into a herd of breeding elephants, according to authorities.

This led to a stampede, during which one of the men was trampled to death.

[Thread] MEDIA RELEASE – SUSPECTED POACHER KILLED BY ELEPHANTS IN THE KNP
South African National Parks (SANParks) today, 18 April 2021 reported the death of a suspected poacher in the Kruger National Park (KNP) and the arrest of one accomplice which took place yesterday /…

Gareth Coleman, managing executive of the park, said he was proud of the work of park officials, while lamenting the death as “unnecessary”.

“We are proud of the teamwork and dedication of our Rangers Corp, our aviators and the K9 unit,” he said.

“It is unfortunate that a life was unnecessarily lost.

“Only through discipline, teamwork and tenacity will we be able to help stem the tide of rhino poaching in KNP.”

Rhino poaching is a major problem in game parks across southern Africa.

The horns of rhinos are used in traditional Asian medicines, according to the World Wildlife Fund (WWF).

According to the WWF, poaching surged at the start of the last decade.