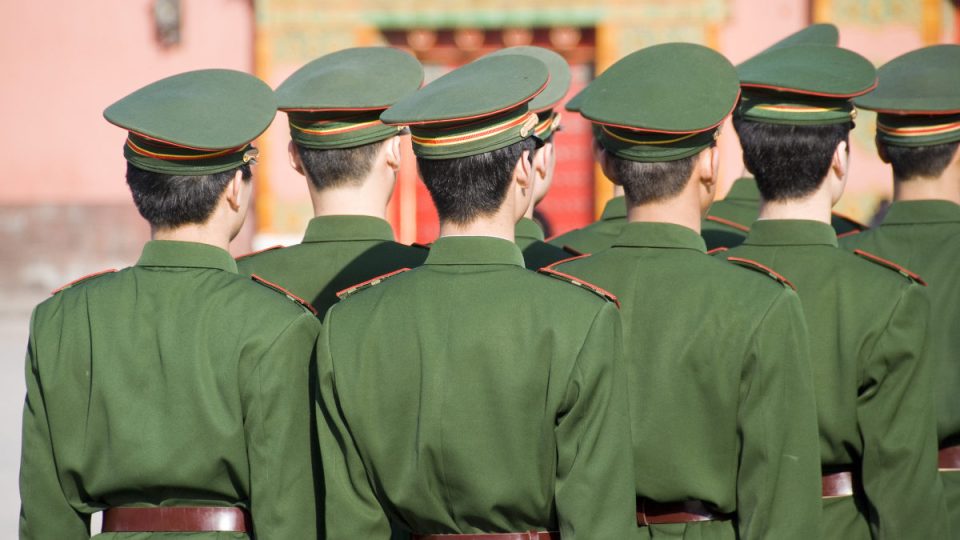 Concerns are growing over escalating tensions between China and Taiwan. Photo: Getty

As tensions build between China and Taiwan, there are growing concerns that military conflict – with bullets fired, missiles launched and blood spilled – could be a real possibility within a decade.

This week, former Defence Minister Christopher Pyne put those fears front and centre in the news cycle after he said the likelihood of a “kinetic war” in the Indo-Pacific was becoming higher.

The 23 million residents of the democratic, self-governed Taiwan live in constant fear of an invasion of Chinese forces. China believes the island is part of its territory and has vowed to take it back with force if necessary.

Tensions between China and Taiwan have been escalating for years, with Beijing now sending fighter jets and nuclear-capable bombers into Taiwan’s air defence zone on a near-daily basis.

On Monday a record 25 Chinese military jets and bombers breached the zone.

“I worry that they’re [China] accelerating their ambitions to supplant the United States and our leadership role in the rules-based international order … by 2050,” Admiral Davidson said.

“Taiwan is clearly one of their ambitions before that. And I think the threat is manifest during this decade – in fact, in the next six years,” he told a US Senate Armed Services Committee hearing.”

Admiral Davidson said the timeline might also be contingent on China’s naval capacity, which would be ready to invade within the next six years.

“The operation would be a complex one, to deploy forces through the Taiwan Strait, to essentially gain a beachhead on the shore of Taiwan and then move inland,” he said

These comments should act as “a wake-up call” to the possibility of war, said John Blaxland, a professor of international security and intelligence studies at Australian National University.

“The two measures the military use to analyse a threat are capability and intent, and both of those have been dramatically escalating in terms of concerns in recent years,” Professor Blaxland said.

By using military intimidation and violent rhetoric, China is flexing its muscle without following through with the blow, he said.

“What we’re talking about is China’s evident strategy to operate short of the threshold that would trigger a kinetic military response,” Professor Blaxland said.

“China’s assertive actions in and around Taiwan are all about wearing them down, eroding their confidence, flaming their ability to respond and rise to the occasion.

“China refuses to present a nail to the US hammer.”

Over in a blink

In 1979, the US officially established relations with the People’s Republic of China, leaving it’s relationship with Taiwan, and whether it would help it out in a conflict, deliberately ambiguous.

Some analysts say that China’s dream plan is that it would conquer Taiwan before Washington could even blink.

In Beijing’s version of ideal events, some say, cyber units would target Taiwan’s financial system as well as some US satellites to reduce notice of the upcoming missiles.

Airstrikes would quickly take out Taiwan’s top political and military officials and Chinese vessels would restrict Taiwanese ones, cutting off needed supplies.

The invasion would follow, with thousands, perhaps millions, of lives lost.

“One of these days something might happen, and if you don’t have crisis management, or conflict control, or protocols in place, it could lead to very undesirable and perhaps unintended outcomes,” Associate Professor Yuan explained.

“If Australia became part of that military operation, then obviously it would face the danger of China.”

If this were to play out, it would be best for Australia to try to take the heat out of the situation, act as a mediator and encourage diplomacy, Associate Professor Yuan said.

“We’re not there yet, but there are indications we are moving towards it,” he said.

There is another school of thought, though.

One that argues it is not within China’s nature to wage kinetic wars, and at the end of the day, the fact both China and the US have nuclear weapons would act as a deterrent.

“China, historically, has not been a war-like power,” said Allan Behm, head of the International and Security Affairs program at The Australia Institute said.

“It hasn’t been the sort of country that resorts to the use of armed force,” Mr Behm said.

“And the weapons systems currently available are so massive and horrendous, the stakes attached to going to war are huge and the benefits are negligible.”

Mr Behm said that although Australians “shouldn’t be blasé” no one needed to “build a bunker yet”.

“That reveals those who should know better haven’t thought their way through, both the nature of the new China and what the best way for countries like Australia and our neighbours to deal with them.

“China asserts its power by being quite predictable. That’s what a lot of commentators miss.”

At the end of the day, a war with China would serve absolutely no one except the arms trade, Mr Behm said.

“War is never inevitable, we all have agency. The only things that are inevitable are death and taxes.”