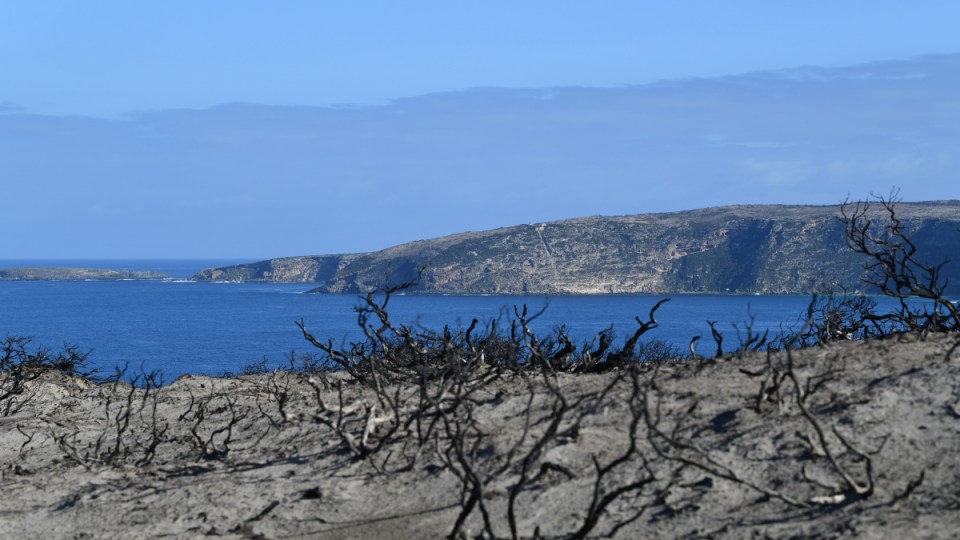 Fires on Kangaroo Island, in the Adelaide Hills and north of the city are no longer a threat. Photo: AAP

Threats posed by a string of bushfires across South Australia have reduced amid a day of severe conditions in nine districts prompted by forecasts of damaging winds.

The Country Fire Service says fires on Kangaroo Island, in the Adelaide Hills and north of the city are no longer a risk to lives and homes.

However, a severe weather warning remains in place for the island, as well as the Eyre, Yorke and Fleurieu peninsulas for potentially damaging winds gusting up to 90km/h.

The Bureau of Meteorology said the remnants of tropical cyclone Seroja were being captured by a cold front moving across the state from the west.

Temperatures were forecast to climb into the mid-30s in some regional centres while Adelaide was tipped to have a top of 26C before the milder change.

By mid-morning on Tuesday, the strongest winds were reported on the Eyre Peninsula, with 80km/h at Wudinna and 78km/h at Port Lincoln.

There were also widespread reports of raised dust after several weeks of dry conditions and the State Emergency Service said it had responded to 21 calls for assistance, mainly related to fallen trees.

The lack of rain has also left Adelaide’s reservoir supplies at just 48 per cent, with the Kangaroo Creek and Little Para catchments the driest at just 23 per cent and 29 per cent respectively.

SA may get some showers over the next few days, but forecasts are for no more than a few millimetres, well short of any significant break in the season.