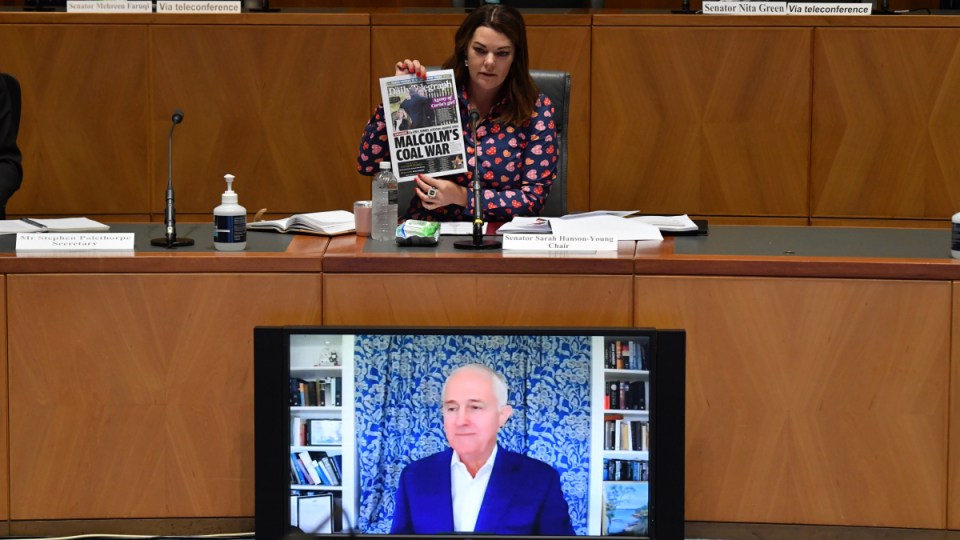 Malcolm Turnbull has slammed the powerful role News Corp plays in Australian politics and called for the media organisation to be held to account.

The former prime minister, who was ousted from the country’s top job and more recently as a climate tsar in NSW, fronted up to a media diversity inquiry on Monday.

“The most powerful political actor in Australia is not the Liberal Party or the National Party or the Labor Party, it is News Corporation,” Mr Turnbull told the inquiry.

“It is utterly unaccountable. It is controlled by an American family and their interests are no longer, if they ever were, coextensive with our own.”

Mr Turnbull doubled down on recent claims that News Corp “thugs” drove his ousting from a climate job just days after being appointed.

He told the inquiry he faced a ferocious campaign from News Corp after he was named as head of a climate advisory board for the NSW government.

The state government “crumbled” under the pressure but then refused to admit it was because of the media organisation, the former Liberal leader said.

“This is like somebody who is taken down to the police station, beaten over the head until they finally sign a fake confession, the last line of which says: ‘I confirm that I did so of my own free will.'”

Mr Turnbull is concerned about the trend of narrowcasting in the news media, where information is being targeted for a niche audience.

“There is now a market for crazy,” he said.

“If you doubt the significance of this, just reflect on the damage that Murdoch’s publications and outlets particularly in the United States have done to democracy there.”

The one-time journalist pointed to the storming of the United States Capitol in early January.

He said the riot was propelled by reports from Murdoch-owned media organisations that the election had been stolen from former president Donald Trump, who had lost.

Mr Turnbull also criticised the organisation for promoting animosity towards Muslims and preventing effective action on climate change, at “a huge cost to all of us.”

Later, former Murdoch editor and The New Daily co-founder Bruce Guthrie told the inquiry News Corp had a list of “friends and enemies” who were rewarded or punished.

Mr Guthrie said it was important for the government to help the Australian Associated Press news wire in order for news startups to succeed.

“The survival of AAP as an independent news wire service is really important, because what it’s doing is providing the bulk of the news copy for a lot of smaller publishers. Whether they’re broadcast or print or just online.”

One of Mr Turnbull’s predecessors, Kevin Rudd, has already called out the “Fox News-isation” of the Australian media that he says is breeding climate-change denialism and encouraging far-right political extremism.

In January, Mr Turnbull and Mr Rudd began a push calling for a royal commission into the media organisation.

Their petition was unsuccessful, but spurred the launching of the Senate inquiry into media diversity.

Mr Rudd gave evidence in March that he was “fearful” of News Corp until he left parliament in 2013.

“The truth in this building is that everyone’s frightened of Murdoch,” Mr Rudd said.

On Monday, Mr Turnbull said it was easier to speak out against the media behemoth after leaving politics.

“Being as candid as I have been today is something that you would do at your peril if you were prime minister or a minister or you wanted to keep staying in parliament, because the retribution would be very intense,” he said.

“Even if you were prepared to take the heat, your colleagues definitely wouldn’t.”

The company also earns 40 per cent of TV revenues, and is part of a profitable trio controlling a mind-boggling 90 per cent of metro radio licences.