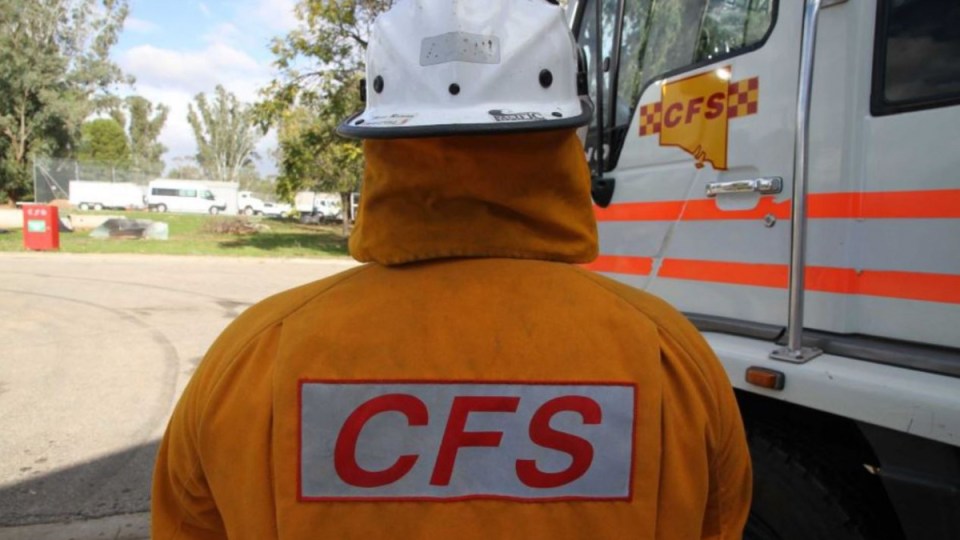 “We’re expecting wind gusts tomorrow coming from the north of the state up to 60 kilometres an hour, with the average gusts across the state being between 30 and 40 kilometres per hour,” he said.

“With the exception of the Mount Lofty Ranges, most of the state is dry and we will see elevated dust across the Mid North, Flinders and potentially the Eyre Peninsula districts.”

He urged communities to be “on guard for what’s going to come”.

“Should a fire start tomorrow in these winds, it will be challenging for community members and CFS to stop,” he said.

In its advice message, the CFS recommended people implement their bushfire survival plans.

Mr Turner said the advice was timely, as people had begun to undertake private controlled burns in recent weeks and others have lit campfires or “comfort fires” during the Easter long weekend and school holidays.

“These need to be extinguished if you are in a total fire ban area tomorrow,” he said.

“Only last week, CFS saw three fires get up very quickly from controlled burns, two that rekindled and one that escaped due to the weather – and tomorrow’s weather will be worse.”

The CFS has recalled aircraft which will be pre-emptively placed on the Eyre Peninsula and in the Mount Lofty Ranges to support crews, should any fires start.

Mr Turner noted that tomorrow would be the first time South Australia has had nine districts in bans since mid-January.

He said the state regularly observes fire bans in autumn and while there were none issued in 2020, four days of bans were observed in April 2019.

He said the CFS was “urging the community” to work with them in ensuring no fire starts tomorrow.

He also urged anyone who witnesses “anything unusual” to contact triple zero.

A cool change is forecast to move across South Australia late on Tuesday.

“We’re expecting it on the West Coast late in the afternoon, and then through the Mount Lofty Ranges and into the eastern part of the state late tomorrow evening, and then moving out Wednesday,” Mr Turner said.