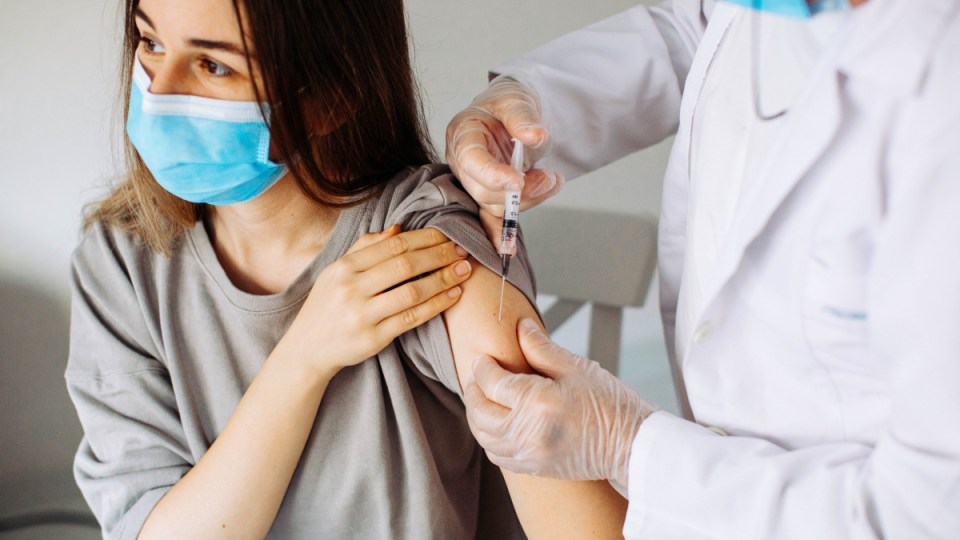 Young people are the prime targets for the $50 million PR campaign. Photo: Getty

Australians won’t be fully vaccinated until April next year, according to projections made by epidemiologist Catherine Bennett.

And that’s only if the rollout can avoid further difficulties.

The government’s goal was to see every Australian receive at least their first jab by October.

“October was still possible if we hadn’t had this new complication,” Professor Bennett, the inaugural Chair in Epidemiology at Deakin University, told The New Daily.

As announced on Thursday evening, the new complication is that the Pfizer vaccine – subject to serious global supply issues – is now the preferred jab for people under 50, because of AstraZeneca’s extremely rare but concerning clotting side effect.

The government had already secured 20 million Pfizer doses – in the form of a contracted promise from the company.

But so far, only 870,000 Pfizer doses have been received – and these are dedicated to frontline health workers.

The Australian Medical Association and Professor Bennett both told The New Daily they don’t expect the initial order of 20 million to be fully delivered until much later in the year.

The AMA’s Dr Chris Moy and Professor Bennett noted this initial Pfizer order would have covered most people under 50.

More Pfizer on order, but when will it arrive?

The federal government announced on Friday that Australia has “secured” a further 20 million doses of the Pfizer vaccine.

Prime Minister Scott Morrison told a press conference the new order from Pfizer wouldn’t be delivered until “quarter four” – meaning at the end of the year.

This new order will no doubt serve as a substitute if uptake of the AstraZeneca vaccine – already subject to a “second best” rating by critics – evaporates.

Dr Moy said: “It’s all well and good to order more doses, but guaranteeing when they’ll turn up is another matter. With a supply issue causing problems across across the world, it’s worth remembering a bird in the hand is worth two in the bush.”

In other words: local production of the AstraZeneca vaccine is likely to prove its worth in the longer run.

Professor Bennett said the “pivot” to Pfizer as the preferred vaccine for adults under 50 might have a positive effect on community confidence.

“I’m hoping that the Pfizer jab being given to people under 50 will encourage uptake,” she said.

“So that will just be limited by supply.

“But we also know that that group includes some of the greatest vaccine hesitancy … maybe they’ll be less hesitant with Pfizer. They’ll see this as an extra safety step.”

New research by the Australian National University has found young women aged 18 to 24 are the most reluctant group in Australia to get vaccinated. Only 43 per cent are willing to get vaccinated with any urgency compared to 62 per cent of men of the same age.

Why April next year for a full rollout?

Professor Bennett believes that public enthusiasm for COVID-19 vaccination will be a significant factor in how quickly the rollout is completed.

She feels that for older people, who may now be doubring the AstraZenevca vaccine, those anxieties “will settle down once they see that people who have come forward are doing fine”.

How quickly confidence in AstraZeneca – which doesn’t have supply issues – is restored is an open question.

Professor Bennett said that “if everything works well from here, and we don’t have any more signals that cause a bit of panic, and if we can work to our Pfizer supply line, then I’d be hopeful that we could still get the first jabs completed by the end of the year”.

The Pfizer jabs are given three weeks apart. Following Professor Bennett’s projections, this would mean the Pfizer rollout will be completed toward the end of January.

The AstraZeneca jabs are given 12 weeks apart – the time it takes to produce the most potent immune response – and this would mean the rollout would stretch to April. If all goes well.

April 2022: When Australia will most likely be fully vaccinated, maybe