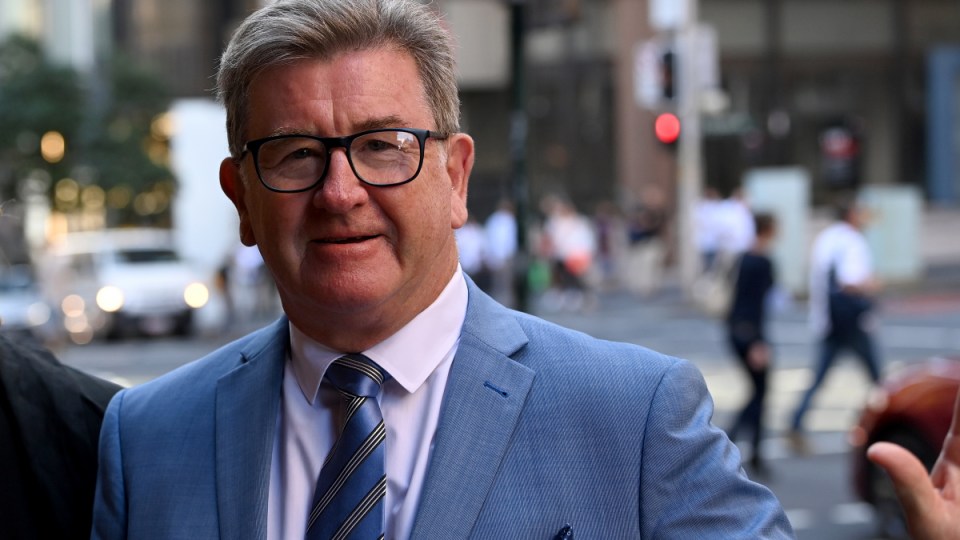 The key witness in the blackmail trial of a veteran journalist accused of targeting people behind a nine-figure fraud has a “perfect reason to lie” and simply cannot be believed, a jury has heard.

Barrett allegedly worked in concert with Plutus insider Daniel Rostankovski and property developer Daniel Hausman – a duo who shared in nearly $5 million paid after the alleged threats were made.

The NSW Supreme Court jury is due to hear tapes from phone intercepts and bugged offices and evidence from Hausman about his dealings with Barrett.

But the journalist’s lawyer pointed to Hausman already having received a reduced jail term based on the evidence he is expected to give at this month’s trial.

Despite giving “many, many statements” about the scandal, the jailed man now needed to stick to the one the Crown relied upon or face re-sentencing.

“He’s got an ongoing inducement to continue, we say, to tell lies,” defence barrister Clive Steirn SC said in his opening address on Friday.

“And he has an absolutely perfect reason to lie – there’s nothing more important than a man’s freedom.”

Hausman was “on any view … a consummate businessman of many years” who’d manipulated people at every turn, Mr Steirn said.

“When Mr Barrett came into the matter, he was a professional journalist and Mr Hausman intended to use and manipulate him for his own ends,” he said.

Plans for the blackmail had occurred many weeks earlier and Barrett had not shared in the eventual proceeds, Mr Steirn said.

The Crown says the journalist received a cash payment of a few thousand dollars from Hausman before Barrett and Rostanovski met with the alleged Plutus fraudsters in a Sydney CBD office tower on February 1.

In that meeting, Barrett was recorded mentioning a “very serious story I want to investigate” and promising to “go the distance” with the then-executive producer of Channel Nine’s A Current Affair program.

“I could even sit down with Scott Morrison the treasurer and get his two bobs worth … or go to the opposition,” Barrett was recorded saying.

Soon after that conversation, Barrett left the room and Rostankovski demanded $5 million.

The menacing threat made by Barrett, followed by Rostankovski’s unwarranted demand puts the men in a joint criminal enterprise, the Crown says.

Hausman is expected to give evidence about how’d he’d laid out the plan with Barrett for the journalist to “throw down your media card”.

Barrett asked if he could pursue the story on record but was told only if “we’ve achieved what we want”, the Crown expects Hausman to say.

The Crown also relies on a later meeting, in mid-February at the Art Gallery of NSW’s cafe, in which Hausman allegedly paid Barrett $2000 in cash for his participation in placing further pressure on the Plutus masterminds.

That meeting occurred after regular blackmail payments had ceased, short of the $5 million total.