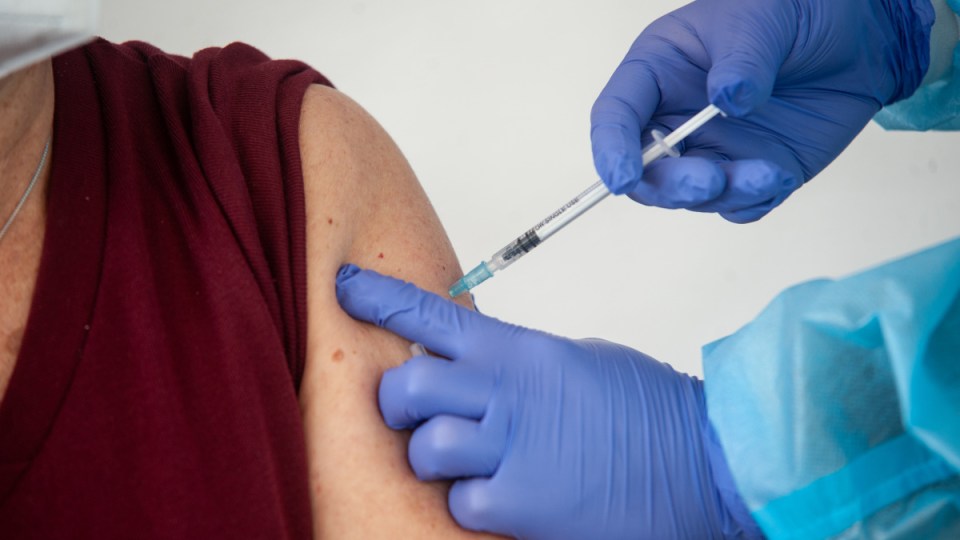 Victorians who hve not yet had their third COVID shot are being asked to donate blood to aid research.Photo: Getty

An elderly woman with pre-existing medical conditions has died hours after receiving her COVID-19 vaccine in a Queensland aged-care home.

It is understood the woman received a dose of the Pfizer vaccine on Wednesday, before she died in the afternoon.

The woman had a lung condition, according to the Courier Mail.

Police were called to the Springwood Yurana Aged Care Facility after the 82-year-old woman died.

The death is not suspicious, a police spokesman said, and a report will be prepared for the coroner.

Chief medical officer Paul Kelly said “at this stage there are no signs of any causal link”.

“Sadly more than 1000 people pass in aged care every week. It is inevitable, as the head of the TGA has noted, that this will include people who have been recently vaccinated.

“It can be expected that older and more frail people in an aged-care setting may pass away due to progression of underlying disease or natural causes. This does not mean the vaccine has contributed to this.”

It comes as authorities investigate whether a Victorian man’s rare blood clotting disorder was caused by his AstraZeneca jab.

The man received the vaccine on March 22.

A small number of people in Europe and the United Kingdom have presented with the blood clotting disorder but a causal link with the AstraZeneca vaccine is yet to be established.

Meanwhile, the Queensland premier has said Australia shouldn’t open its borders to any further countries until the coronavirus vaccine rollout is completed.

A travel bubble with New Zealand is set to allow cross-Tasman travel between the two countries from April 19.

Annastacia Palaszczuk is in talks with airlines to resume direct flights from NZ to regional tourism destinations.

While she thinks the NZ bubble is a good first step, she’s wary about opening the borders to additional countries before the vaccine is rolled out.

“I don’t think we should be opening up to any other country until we have the vaccine rollout complete,” the premier told reporters on Wednesday.

Opposition leader David Crisafulli said the NZ travel bubble was “amazing news” and urged the government to compete aggressively for its share of international tourists.

“We are now in a knife fight and our competitors are every other state in the Commonwealth, so we have to go hard at this,” he said, calling for a “sharp” marketing campaign.

Queensland has about 14 days’ supply of the AstraZeneca vaccine and seven days of the Pfizer jab.

Ms D’Ath said Queensland isn’t stockpiling, but it is holding “a contingency” amid the uncertainty.

“It’s just a tragedy that he passed away. He was a very sick man,” the premier said.

Mr Smith served as a helicopter pilot in the Australian Defence Force and was awarded the Distinguished Flying Cross for gallantry during a medevac operation in the Vietnam War in 1970.