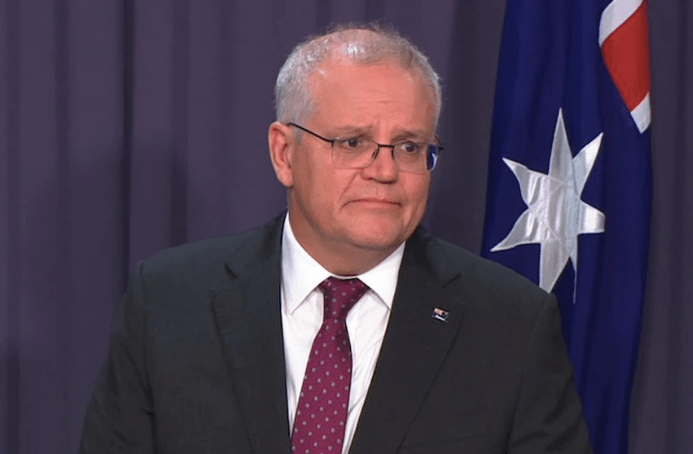 The Liberal Party is split over gender quotas, but the PM has indicated support. Photo: ABC

A leaked report has painted a damning picture of ongoing concerns around women and culture in the Liberal Party – indicating that some issues had been raised years earlier.

Room For Movement: Women and Leadership in the Liberal Party, commissioned in 2015, was briefly covered in the media, but never released publicly.

The Drum has obtained a copy of the document, which indicates the party was made aware of concerns around the culture of a “boys’ club”, and of the silencing and intimidation of women within its own ranks.

“In reality, equality of opportunity is not reflected in the party’s current gender composition,” it reads.

The team behind the report, the Women’s Working Group (WWG), was established by the Liberal Party’s Federal Executive branch in March 2015, to address the ongoing decline in the party’s female vote – and the link to gender representation within the organisation.

The WWG found women were far less likely to be nominated for selection as a Liberal candidate.

“… this is not due to women being less capable or underqualified, but because of the inherent barriers that women face during the preselection process,” the report said.

Those barriers identified included things like financial and family obligations, a lack of women already in leadership, and media scrutiny of parliamentarians.

Erin Watson-Lynn ran for preselection as Julie Bishop’s replacement in the WA seat of Curtin.

She says what normally would have been a relatively quiet affair came under intense media coverage focusing on her and the subsequent winner, former University of Notre Dame vice-chancellor Celia Hamond.

“Here were two women who were moulded into these two frontrunning candidates, because it fitted a narrative of moderate versus conservative,” she said.

She believes the process would have been less toxic if it were two men competing for the seat.

“It was the way that women were put up against each other, that made it a really terrible experience for both of us,” she said.

“It has such an impact on you personally, why would you put yourself and your family through that again?”

She says she was warned that even now, several years on, speaking up could limit any future political aspirations.

“I’ve been told, ‘Don’t talk about the women’s stuff; you won’t get preselected.'”

“This could be detrimental to my career as well, but if you’ve got a platform, you have to speak about it, and we have an opportunity to change.”

Intimidation, bullying and a ‘boys’ club’

The confidential 2015 report showed that culture was perceived by women as one of the “largest inhibitors” to their involvement in the organisation.

“A number of interviewees indicated … [that] the Liberal Party has the culture of a ‘boys’ club’, women are often silenced by men when speaking at meetings, the Liberal Party does not support women from younger generations, and men often engage in chauvinistic behaviour and attempt to intimidate women,” it read.

Many also reported experiencing bias against “women of childbearing age”.

“For example, inappropriate questions were asked of women regarding childcare arrangements, and what support mechanisms they have.”

The document also referenced an earlier study that noted even if women got as far as joining and attending branch meetings, they were still met with a “very ‘middle-aged blokey’ culture”.

“Many women talk about either experiencing or witnessing bullying tactics by male factional ‘heavies’, especially at AGMs.”

Since revelations about the alleged rape of former staffer Brittany Higgins were made public earlier this year, more and more women have come forward with their own experiences of poor culture.

Mourning the death of her mother, the president of the NSW Liberal Women’s Council went to the room for a quiet place to grieve.

“I came back from the prayer room and they asked, ‘Who did you go with?'”

“That’s when I found out [that] a place that’s meant to be for prayer and reflection, there’s a suggestion that I’ve gone up there for sex. That’s when I thought: what the hell.”

The 2015 report outlined a number of recommendations intended for the Liberal Party’s Federal Executive branch.

These were actionable steps; they included more frequent and updated statistics on women in the party, a Liberal ‘Champions for Change’ program, mentoring – even updates to the party’s website.

It also noted that initiatives which had proven to be effective had not been given proper support.