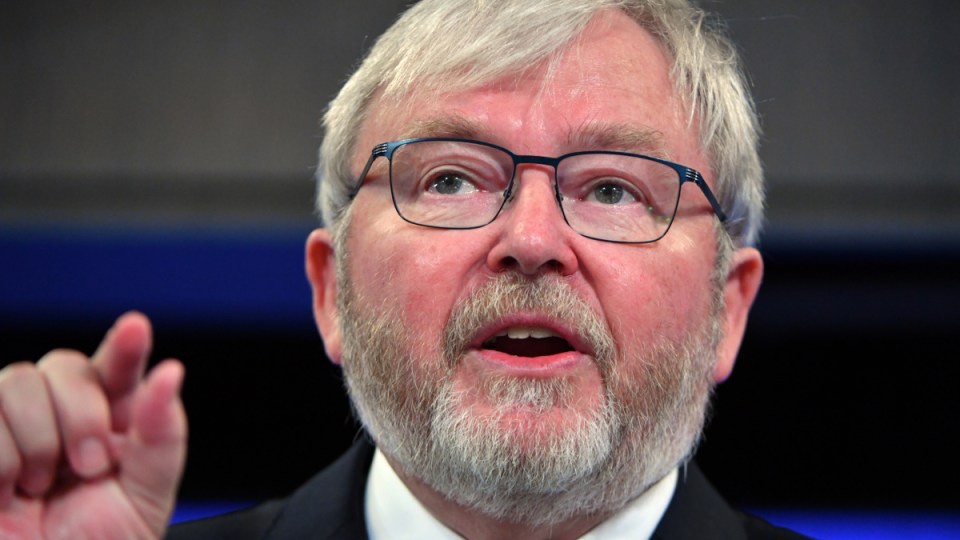 Former prime minister Kevin Rudd has given a lift to a group of drunken revellers who thought he was an Uber driver. Photo: AAP

Kevin Rudd was always one for giving others a fare go.

And the former prime minister proved it on Tuesday by giving a lift to a group of tipsy Queensland diners who mistook him for an Uber driver.

His daughter, Jessica Rudd, says a mix-up occured after her father dropped his family at a Noosa restaurant during an afternoon storm.

Mr Rudd intended finding a park but before he could drive off, a group of people got into his car.

“I thought I saw some people pile into his car, told myself it wasn’t – must be a similar looking Uber,” Ms Rudd wrote on Twitter.

When informed they were not in an Uber, they offered Mr Rudd money to take them to nearby Hastings St anyway.

Mr Rudd responded to the hire calling, going one better by agreeing to give the drunken group a free ride.

Ms Rudd said the group was slow to realise their driver was the 26th prime minister of Australia.

“The lovely but tipsy crew had been at the restaurant since lunch and asked for a lift to Hastings St. Said they’d pay. He said he’d give them a lift. Took them half the ride to discover who their driver was. He’s here now,” she wrote.

While they may not have been able to leave a review, his passengers will have enjoyed their five-star experience.