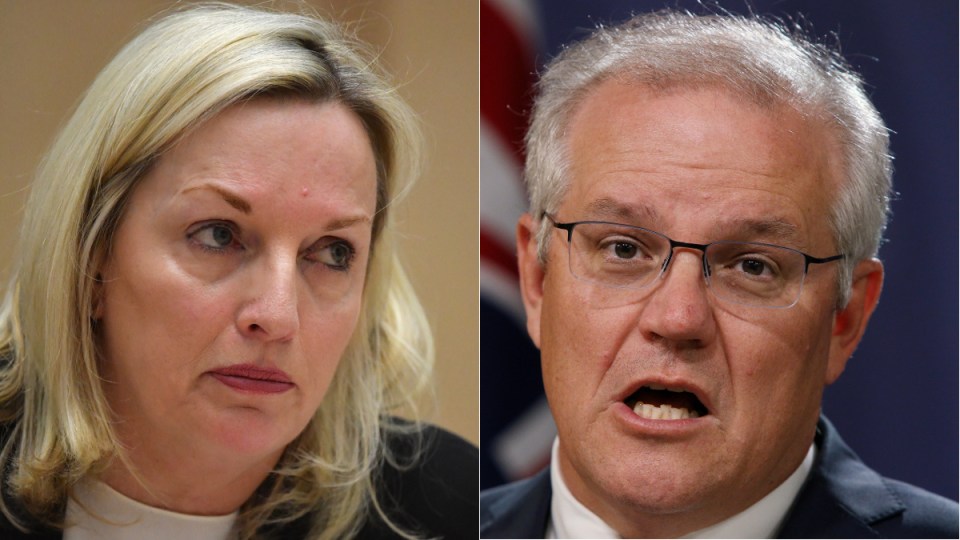 Scott Morrison insists former Australia Post boss Christine Holgate decided to quit but is refusing to comment on shocking allegations she was bullied out.

Ms Holgate resigned late in 2020 after it was revealed four Australia Post executives were gifted luxury watches for sealing a lucrative deal.

She has attacked Australia Post chairman Lucio Di Bartolomeo in a blistering submission to a Senate inquiry, accusing him of lying to Parliament and humiliating her.

The Prime Minister said he wanted to leave the issue between Ms Holgate and Australia Post.

But the accomplished chief executive claims she was bullied out of the company, unlawfully stood down and abandoned to a media firestorm.

“To this date, I have not received any explanation why I was forced to stand down other than the minister and Prime Minister insisted on it and that in itself, does not have legal standing,” Ms Holgate wrote.

Mr Morrison refused to address the perception he threw her under a bus during a stunning Question Time tirade where he called for her to go.

“She is clearly very aggrieved by the actions not only by the chair of the Australia Post board but also the Prime Minister and the Minister for Communications,” she told ABC radio.

Treasurer Josh Frydenberg would not confirm whether the government had sought an explanation from the Australia Post chairman.

Ms Holgate says Mr Di Bartolomeo treated her “like a criminal” and blames him for being forced out of the top job.

“He lied repeatedly to the Australian people and to their parliament about his actions,” she wrote.

Her submission also featured emails, photos of handwritten cards and a letter from her lawyers to Mr Di Bartolomeo.