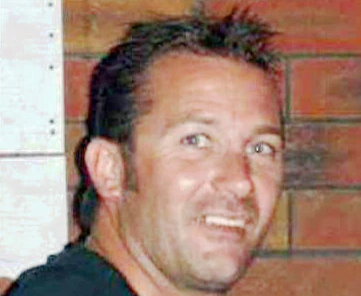 The remains are thought to be that of Wade Dunn, who was murdered in 2015. Photo: WA Police

WA Police have located human remains in a remote area of the Udumung Nature Reserve in Wannamal, in WA’s Wheatbelt region.

The remains are believed to be those of Wade Dunn, who was murdered in May 2015 over a drug debt.

They were found on Monday.

The Homicide Squad and forensics officers are at the scene and are expected to remain there on Wednesday.

Gary Jackson and Mark Corbett were found guilty of beating Mr Dunn to death with a metal pole after luring him to  Corbett’s home in the Perth suburb of Alexander Heights.

They cut off his hands and head with a chainsaw.

Mr Dunn had been a collector for Corbett’s drug debts, but Corbett believed he was not giving him all the money.

Corbett was a witness at Jackson’s trial and received a lighter sentence for co-operating with authorities.

Jackson was sentenced to 22 years in prison, while Corbett will be eligible for release in seven years.

Police have not revealed how the remains came to be found, but said they were discovered in an “extremely remote area” that was inaccessible by foot.

Several searches had previously been carried out in an attempt to find Mr Dunn’s remains.