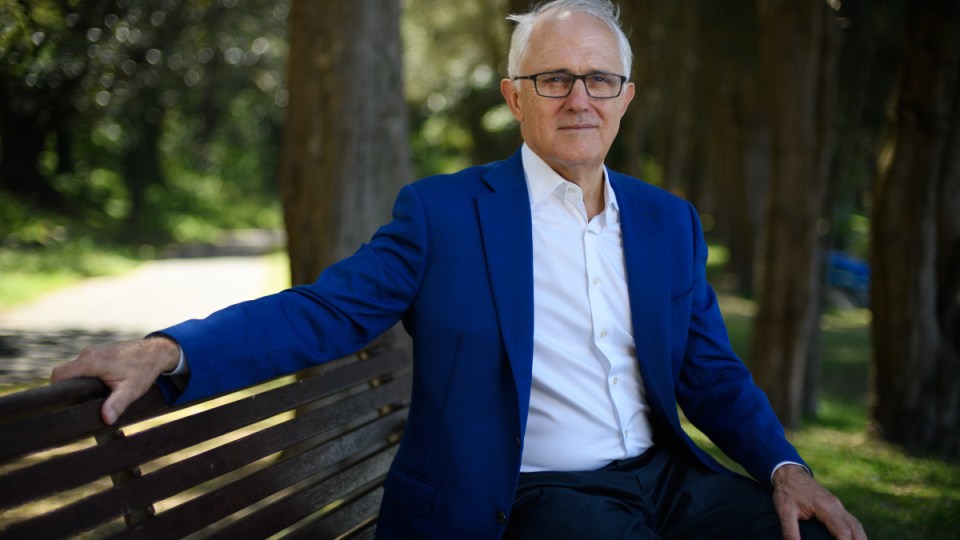 The news comes after Mr Turnbull wrote to NSW govt objecting to expansion of a coal mine near his family's 1092ha Upper Hunter property. Photo: AAP

Former Liberal prime minister Malcolm Turnbull says the NSW state government has caved in to media pressure after being dumped as chair of the NSW Net-Zero Emissions and Clean Economy Board.

Mr Turnbull, who was named for the role just last week, reportedly ruffled Coalition feathers by supporting a moratorium on new coal mines in NSW.

He said News Corp’s goal was to “bully” the state government into not appointing him as chair of the climate board.

“[It was a] pretty ferocious campaign, a vendetta, really, in the characteristic way that News Corp operates,” Mr Turnbull told ABC Radio Sydney.

“[NSW Environment Minister Matt] Kean said to me there was no conflict of interest between anything I have said or anything Lucy [Turnbull] has said or what we have written about coal mining in the Hunter.

“The net zero board has nothing to do with coal mining approvals for a start. But he said he does not want personalities to be a distraction.”

“There was a pretty ferocious campaign, a vendetta, really, in the characteristic way that News Corp operates,” Mr Turnbull said.

“Its goal was to bully the state government into not appointing me chair of this net zero board.”

Mr Turnbull blamed his axing on “the right-wing media ecosystem”.

Mr Kean said the board’s purpose was to create jobs in low-carbon industries while reducing emissions in ways that grew the economy.

“It is important that the focus is on achieving these outcomes, based on facts, technology, science, and economics,” he said on Tuesday.

“The focus should not be on personality,” he said.

Mr Turnbull had “contributed much to our country … However, no person’s role on the board should distract from achieving results for the NSW people or from the government’s work in delivering jobs and opportunities for the people of NSW”.

“For this reason, I have decided not to proceed with his appointment as chair.”

The NSW chief scientist and engineer will act in the role until a new chair is named.

Tuesday’s announcement came hours after The Daily Telegraph published a letter Mr Turnbull wrote to the NSW government objecting to the expansion of a coal mine in the Upper Hunter near his family’s 1092-hectare property.

On Monday, Mr Turnbull said he and wife Lucy had made the submission “as long term landowners in the district and in no other capacity”.

He rejected any conflict with his new role saying “the net zero board has no role in mining approvals whatsoever”.

Deputy Premier and Nationals Leader John Barilaro was the first person to declare Mr Turnbull had been axed.

“We are not proceeding with the appointment of Malcolm Turnbull as chair,” he told Sydney radio 2GB ahead of Mr Kean’s statement.

“You need someone who brings people together and not divides and unfortunately Malcolm has done the opposite.

“He pulled my pants down within 48 [hours] of his appointment on an area that I take seriously,” he said of Mr Turnbull’s recent comments on coal mines.

“I’m the deputy premier … and I chose to be the mining minister because I thought for the last 10 years we have not done enough to support the industry which has been the backbone of our economy and the nation.”

“Former prime ministers deserve our respect. Malcolm has always had mine and will continue to have that into the future,” she said.

“I want to thank him public for all he continues to do in public life. We don’t always has to agree with what everybody says or does but we have to encourage people to speak their mind and be true to what they believe.”

“All I can say is that Malcolm was very consistent as prime minister, and that is that he supported coal mining, and he said that on the public record on a number of occasions.”