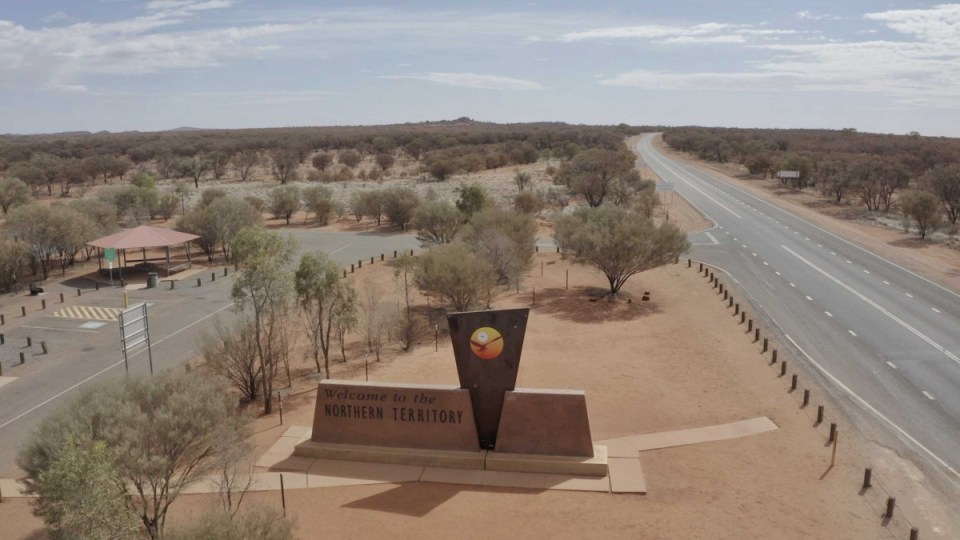 The tourists were bogged on a remote dirt track not visible from the Stuart Highway. Photo: ABC News

A 38-year-old Chinese national who went missing for two days in the Northern Territory outback has been found alive.

NT Police Superintendent Brett Prowse said the man was travelling with a female companion when they got bogged on a remote track near Alpra Creek and Mulga Park Station, close to the NT/South Australian border.

About 9.30am on Easter Sunday the man and the female passenger took a wrong turn after misinterpreting a sign.

“They’ve come across a gate, which had a no trespass [sign],” Superintendent Prowse said.

“But it was actually the gate they were meant to travel through on that particular route.”

The tourist was found at an unnamed outstation 35 kilometres from the vehicle.

“He has gone a few different directions, backtracking a number of times,” Superintendent Prowse said.

“He sort of started with a bit of a southerly direction but ended up hooking around and heading up north, so he’s heading towards South Australia border, but he’s ended up, ultimately, then heading back up into the NT.”

‘Remain with your vehicle’

After waiting until nightfall the man decided to leave the car and his companion to search for help.

“They’ve separated [and that has] created greater issues for us,” Superintendent Prowse said.

“Had the male stayed with the female, they both would have obviously been found on the same day.”

The woman was found by another motorist who told authorities the driver was missing.

NT Police launched an extensive land and air search in conjunction with their SA counterparts.

“He was obviously a little bit dehydrated, fatigued, complaining of sore feet.”

Superindendent Prowse said travellers must have enough food and water to last them several days.

“If you find yourself in a situation when your car breaks down or becomes bogged, you need to remain with your vehicle,” he said.

“You never want to split up when you’re out there, because all it does is complicate the efforts further for police and emergency services trying to find you.”