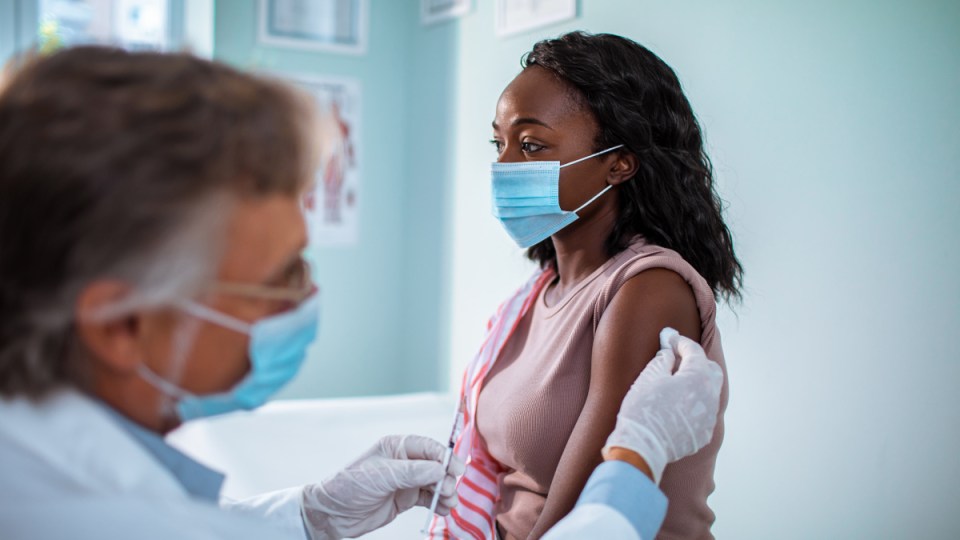 The pace of vaccine delivery is to be stepped up. Photo: Getty

Almost one in seven people who test positive for COVID-19 still suffer symptoms three months later, according to UK figures.

The largest study of its kind on long COVID from the Office for National Statistics (ONS) found people with coronavirus are significantly more likely than the general population to report ongoing issues, which can include muscle pain and fatigue.

Among a sample of more than 20,000 people who tested positive for COVID-19 between April last year and March this year, 13.7 per cent continued to experience symptoms for at least 12 weeks.

This was eight times higher than in a control group of people who are unlikely to have had COVID-19, the ONS said.

Women were more likely than men to report long COVID at the 12-week point, with 14.7 per cent doing so compared with 12.7 per cent of men.

We’ve published analysis of ongoing symptoms after #COVID19 infection in the UK.

The estimates relate to self-reported long COVID rather than clinically diagnosed ongoing symptoms or post #COVID19 syndrome across private households in the UK https://t.co/figTvioqlG pic.twitter.com/YSO2glhDXk

Prevalence of long COVID was also highest among those aged 25 to 34 years (18.2 per cent) than other age groups.

Of those self-reporting long COVID, those aged 35 to 69 were most affected, as were women, people living in the most deprived areas, those working in health or social care and those with a pre-existing condition.

Health and social care workers experienced the highest prevalence rates of self-reported long COVID among employment groups (3.6 per cent and 3.1 per cent respectively), followed by those working in personal services (2.8 per cent), civil service or local government (2.7 per cent) and teaching and education (2.5 per cent).

In February, the the World Health Organisation’s Europe director told a briefing that the burden of long COVID “is real and it is significant”.

Dr Hans Kluge said that as the pandemic had evolved, professionals and patients “have mapped a path in the dark” and stories of people with ongoing “debilitating symptoms” have emerged.

“Regrettably, some were met with disbelief or lack of understanding,” he said, adding that disability following coronavirus infection could linger for months, “with severe social, economic, health and occupational consequences”.