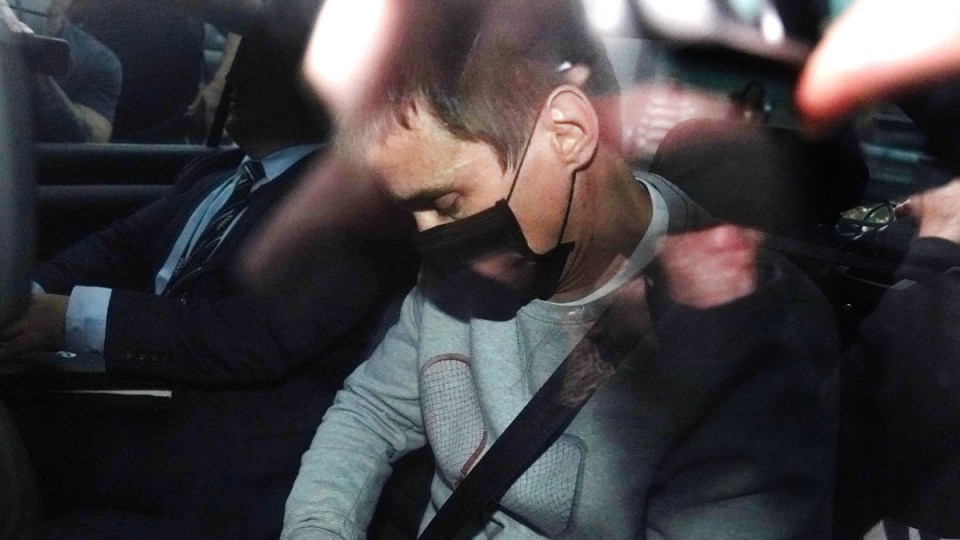 Porsche driver Richard Pusey is “probably the most hated man in Australia” after filming dying police officers in a Melbourne crash and labelling the scene “justice”.

The mortgage broker has apologised for his “horrible” words after admitting charges including speeding and outraging public decency over the April 22 Eastern Freeway crash last year.

Barrister Dermot Dann QC told a pre-sentence hearing in Victoria’s County Court on Wednesday Pusey had spent enough time in custody, and asked he be placed on a community correction order.

Judge Trevor Wraight noted the 42-year-old was at this point “probably the most hated man in Australia”, but said the public outrage was understandable.

Pusey was pulled over for speeding at 149km/h in his Porsche when a truck swerved into four officers discussing whether to impound the vehicle.

As others rushed to help, Pusey retrieved his phone and made two videos of the scene.

He zoomed in on the faces and injuries of Senior Constables Lynette Taylor and Kevin King, and Constables Glen Humphris and Josh Prestney. They all died.

Zooming in on a damaged unmarked police car, Pusey said it was “absolutely amazing” and “f***ing justice”.

He shrugged off witnesses’ attempts to get him to help, saying “they’re dead”.

Mr Dann said Pusey had asked him to apologise to the police officers’ families.

He also said Pusey has a severe personality disorder, including anti-authority traits.

He’d repeatedly tried to get the help since then, only to be turned away by some hospitals, the barrister added.

Pusey left the crash in the car of a passer-by and, after handing himself in to police the next day, said he didn’t mean to be “horrible”.

“That’s how s*** comes out of my head. I’m highly offensive,” he told police.

He pleaded guilty to outraging public decency, speeding and another charge of reckless conduct endangering serious injury by driving at high speeds.

He also admitted possessing MDMA, for which he returned a positive test alongside cannabis when he was pulled over.

He was not taunting the dying officers, the barrister said, even though it had had been construed and reported as such.

The court was told Pusey hadn’t been the only one to take footage of the scene, with another person uploading video to Snapchat.

Since his arrest, Pusey has spent 268 days in custody and developed post-traumatic stress disorder. His brother took his own life in February.

Among the hatred and condemnation directed at him, Mr Dann argued there was a place for sympathy and mercy.

‘Most hated man’ asks to be spared jail