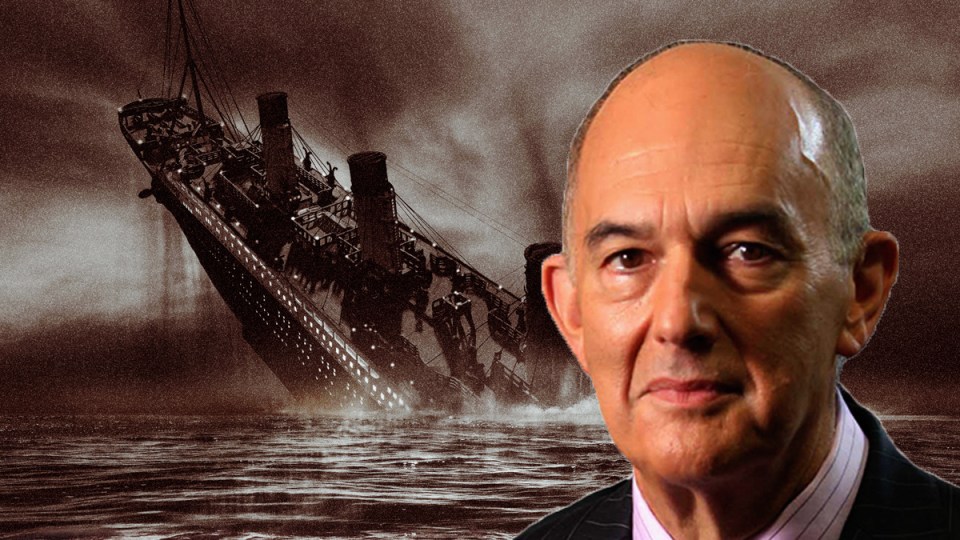 Scott Morrison has gone into marketing overdrive, painting a reshuffle that saw no new faces in his ministry as a regeneration.

Priority was given to ensuring nobody jumped ship, rather than saving the ship from the scandals that have been buffeting it.

If you could believe the Prime Minister’s opening spiel at a news conference that ran half an hour late – itself symptomatic of the government’s tardiness facing up to the issues of sexual harassment and abuse – there was hardly any need for the changes at all.

An admission at the outset that what he was announcing “will shake up what needs shaking up” was later modified as nothing more than “an enhancement” of what “we are already doing”.

His problem is neither Christian Porter nor Linda Reynolds, the two ministers who for different reasons have caused so much political pain, volunteered to take one for the team.

So Mr Porter, who according to research by the Parliamentary Library is the first Attorney-General while in office to sue anyone, is moved aside for the conflicts that this lawsuit generates – rather than for the cloud that hangs over his suitability for office.

Had Mr Morrison sacked Mr Porter from the front bench, he would be seen as passing judgment on the unresolved allegations of rape against the minister.

The high road of an independent judicial-type inquiry while Mr Porter stood aside was stubbornly resisted, resolving nothing.

Again, sacking Senator Reynolds would have been an admission of incompetence and insensitivity in her handling of the Brittany Higgins rape allegations.

Clearly neither Mr Morrison nor Senator Reynolds accept the accusations Ms Higgins is making of them; it adds considerable weight to perceptions that the new women-friendly arrangements were little more than window dressing.

The largely invisible Minister for Women, Marise Payne, has been left in the job and been given charge along with the Prime Minister of a cabinet taskforce on women’s equality, safety, economic security, health and wellbeing.

Sounds great, but the new Attorney-General and Minister for Industrial Relations Michaelia Cash will have a more immediate and direct impact on the female-friendly agenda – or at least she could have.

It will be up to Senator Cash to address the failures of the criminal justice system dealing with women who have been sexually assaulted and raped and then to also do something about wage inequality, insecure work, harassment and bullying in the workplace.

While another female minister, Jane Hume has retained her superannuation and financial services portfolio, the grand title of “Minister for Women’s Economic Security” has been added.

Women will be hoping this doesn’t mean dangerous ideas like victims of domestic violence being given access to their superannuation savings to escape their abusers will be revisited.

A little of the generosity that allows Liberal backbencher Andrew Laming to take a month off on full pay to rethink his reported bullying and harassment of  women would go a long way to refurbish the government’s damaged image.

Will Senator Hume and her sisters in the cabinet now push for better arrangements that actually give women the possibility of juggling work and family for the economic security now being promised?

Labor clearly believes they will baulk at the task.

Anthony Albanese has already committed to a dramatic overhaul of child care access for 90 per cent of the female workforce, and is promising more policy initiatives to come out of this week’s virtual national conference of the party.

After all the slick rebadging, we are still left with two ministers in cabinet who have contributed in no insignificant way to the battering the government and the Prime Minister have received in the latest Newspoll.

Protestations of a new sensitivity sound hollow when Mr Morrison steadfastly refuses to kick out of the parliamentary Liberal Party Andrew Laming despite calls from female colleagues that he should.

And how incredible is it that after five weeks of a intense discussion on the need for cultural change, particularly in Parliament House, a Nationals MP Anne Webster has lodged a complaint against a man who allegedly harassed her in that very place just last week.

Dr Webster has lodged a complaint with the National Party and its leader Michael McCormack.

It will take more than a rearrangement of furniture to get this house in order.