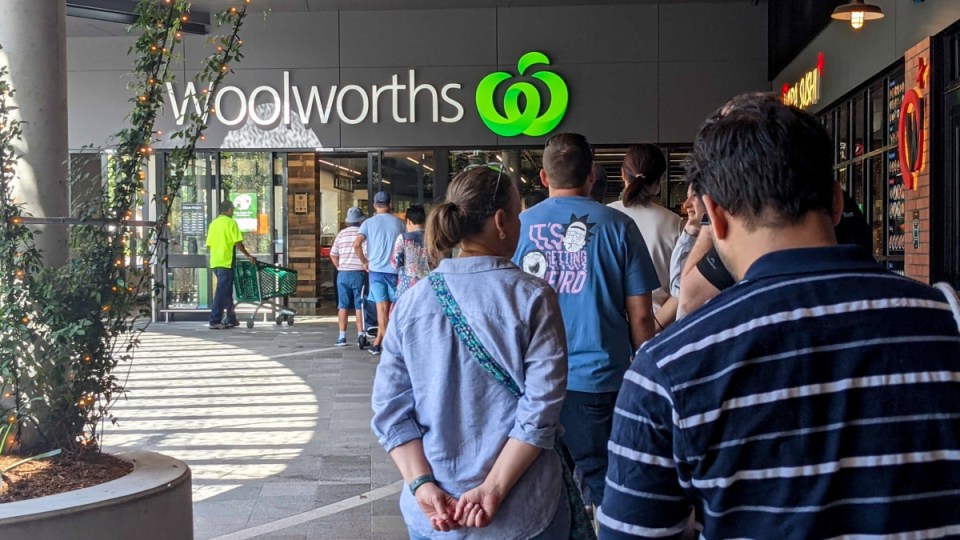 Anyone who has been in Brisbane since March 20 has been told to abide by the lockdown. Photo: AAP

The snap Brisbane lockdown that will begin on Monday afternoon, only days ahead of the Easter break, threatens to spark nationwide chaos.

Queensland Premier Annastacia Palaszczuk has ordered a three-day lockdown for greater Brisbane from 5pm (AEDT), after four new community cases of coronavirus were detected in 24 hours.

“I know this is a really big call. I know it is very tough but let’s do it now and let’s do it right,” she said.

Anyone who has been in Brisbane since March 20 must abide by the lockdown.

Ms Palaszczuk has also encouraged other states and territories to declare Brisbane a hotspot.

South Australia was the first to comply, declaring the Brisbane area a COVID-19 hotspot, with entry closed to all but returning residents and essential workers from 4pm on Monday.

“We are extraordinarily concerned about the developing situation in Queensland,” Premier Steven Marshall said.

“But some of the people testing positive for the coronavirus have been out and about more broadly in Brisbane.”

Within an hour of Mr Marshall’s announcement, there was chaos at Brisbane airport as travellers tried to beat the deadline or rebook flights.

Virgin Australia said Monday’s flights would operate as normal but schedules might change in coming days.

Western Australia will reinstate a hard border as of 12.01am Tuesday March 30, with travel from Queensland no longer permitted.

Anyone who has arrived from Queensland after March 27 is required to self-quarantine, check all of the rules here.

NSW Health issued alerts for two Byron Bay venues after they were visited by an infected nurse and her sister.

Anyone who attended the Byron Beach Hotel on March 26 between 7.15-8.30pm, or The Farm Byron Bay on March 28 from 8- 9.30am should get tested immediately and self-isolate.

More than 20,000 people have been contacted by NSW Health after cases were discovered in Queensland, with nine deemed close contacts.

NSW Premier Gladys Berejiklian said she would not shut her state’s border, but urged anyone planning to visit Queensland at Easter to reconsider.

“If you were going to Queensland for a holiday unfortunately we will ask you to reconsider, especially you shouldn’t go to Greater Brisbane.

Health Minister Brad Hazzard also had a message for anyone who’d visited the greater Brisbane region and planned to attend this weekend’s Bluesfest in Byron Bay.

Up to 16,000 people will flood through the festival gates each day.

Organisers were in the process of working out ticket refunds, he said.

Victoria has designated greater Brisbane a red zone under its “traffic light” system from 6pm Monday (ADST), with entry banned unless an exemption is given.

Prime Minister Scott Morrison has backed the snap lockdown, saying it will allow Queensland health authorities to get on top of the latest outbreak.

But there have been questions about whether it would have been necessary if the vaccine had been rolled out faster.

Ms Palaszczuk took a subtle dig at the federal government for its slow vaccination rollout.

She said local outbreaks and lockdowns would remain part of Australian life until everyone was vaccinated.

“It is very important that the vaccination rollout continues and that people continue to book in with their GPs, especially those GPs that are administering the vaccine,” the Premier said.

“But until we have the population vaccinated there is, of course, the risk of community transmission.”

“It just confirms what people have been saying for a long time: the vaccine rollout is our ticket out of this pandemic. We have to get a wriggle on,” he said.

More than 541,000 Australians have received their first vaccines, including 259,000 in the past week.

There have been 82,500 aged care residents inoculated across 795 facilities.

Vaccination is a legitimate excuse for Brisbane residents to leave home during the lockdown.

The lockdown will cause major headaches for families planning to visit Brisbane over Easter, as well as the hospitality and tourism companies who rely on their business.

It also came just a day after JobKeeper payments were wound up, leaving almost one million Australian workers facing an uncertain future.

“It’s been a really, really tough year for the industry across the state, across the nation, and we certainly were hoping and planning for an Easter that would rebuild confidence and give a bit of cheer to the tourism operators who desperately need additional revenue.”