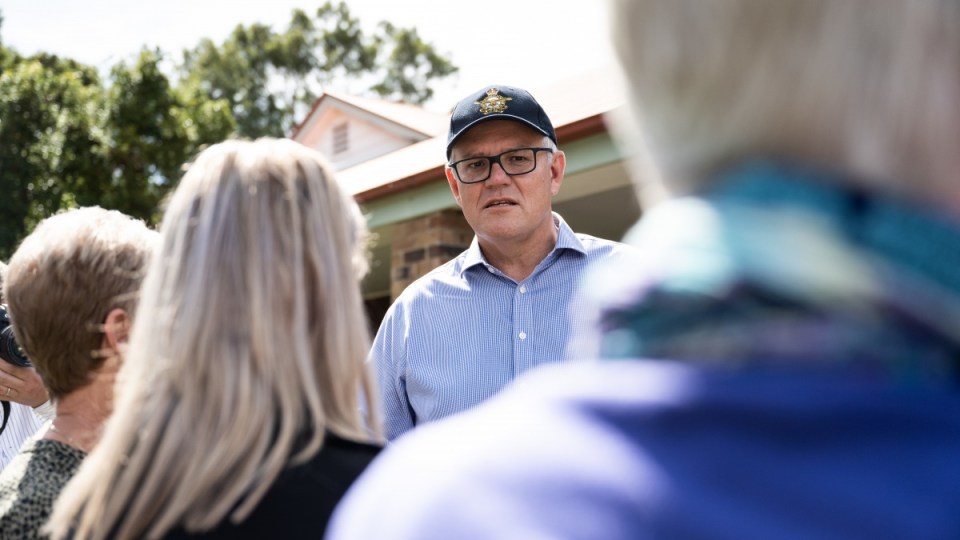 The approval ratings of Prime Minister Scott Morrison are continuing to suffer amid the plethora of scandals engulfing his government.

In the latest Newspoll, commissioned by The Australian newspaper on Sunday night, approval of Mr Morrison’s performance as leader fell a further seven points as prospective voters reminded the PM he was failing to address failings around treatment of women.

The PM’s approval ratings plummeted to their lowest point for a year, as the two-party-preferred vote of 52-48 per cent in Labor’s favour remained unchanged since a fortnight ago.

It came amid the upskirting and trolling scandal relating to Queensland MP Andrew Laming, who announced on Sunday he would not recontest the next election.

Mr Morrison’s approval ratings fell from 62 per cent to 55 per cent in the poll, which surveyed 1517 voters across capital cities and regional areas between March 24-27.

Mr Morrison’s disapproval ratings rose six points to 40 per cent and he also dropped four points as preferred PM (52 per cent) compared to Anthony Albanese (32 per cent, up two).

It is the narrowest gap between the two leaders since March 2020, when the Black Summer bushfires damaged the standing of Mr Morrison.

Mr Albanese’s performance led to a one-point rise in his approval rating, reflecting a 15-point reversal since February.

#BREAKING: Labor has held its lead in the two-party-preferred split, but the Coalition’s primary vote improved #Newspoll #ausvotes https://t.co/qaupHIRMVF pic.twitter.com/1fVfsnKi16

In a direct contrast to its leader’s fortunes, the Coalition appears to have been spared further damage.

Support for the Liberal and National parties lifted a point to 40 per cent, compared to a one-point fall for Labor to 38 per cent.

But it is still below the election result of 41.4 per cent.

Labor’s primary vote dropped from its high of 39 per cent in the previous Newspoll, but it has its strongest level of support since before the 2019 election.

Elsewhere, The Greens gained a point (11 per cent), while Pauline Hanson’s One Nation party fell a point to 2 per cent.