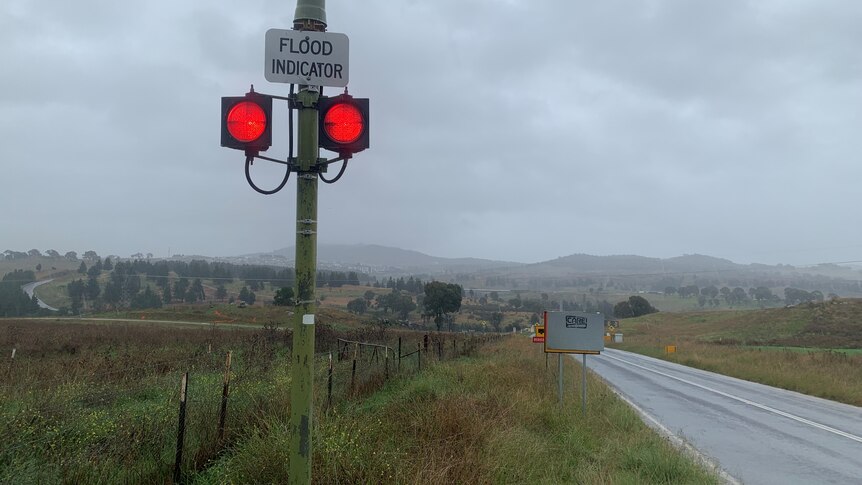 Authorities are warning Canberra and Queanbeyan residents to stay away from rivers and other waterways due to a high risk of flooding.

The Bureau of Meteorology expects about 50 millimetres of rainfall across the ACT today, with the upper range of its estimate as high as 90 millimetres.

It said the highest-risk areas for flooding were the Queanbeyan and Molonglo rivers, to Canberra’s east and south-east.

All four of the ACT’s dams are full and are now overflowing.

The rainfall began on Saturday and is expected to continue until tomorrow.

However, Bureau meteorologist Helen Reid said today would be the wettest for the region.

“That trough that’s driving this rainfall is going to be heading off to the east.

“Tomorrow, it’s more likely to be just the remnants of a shower.”

Ms Reid said people should take extra care if they needed to be near rivers or drains.

“Be mindful of waterways, especially with so much rainfall coming in a short period of time.”