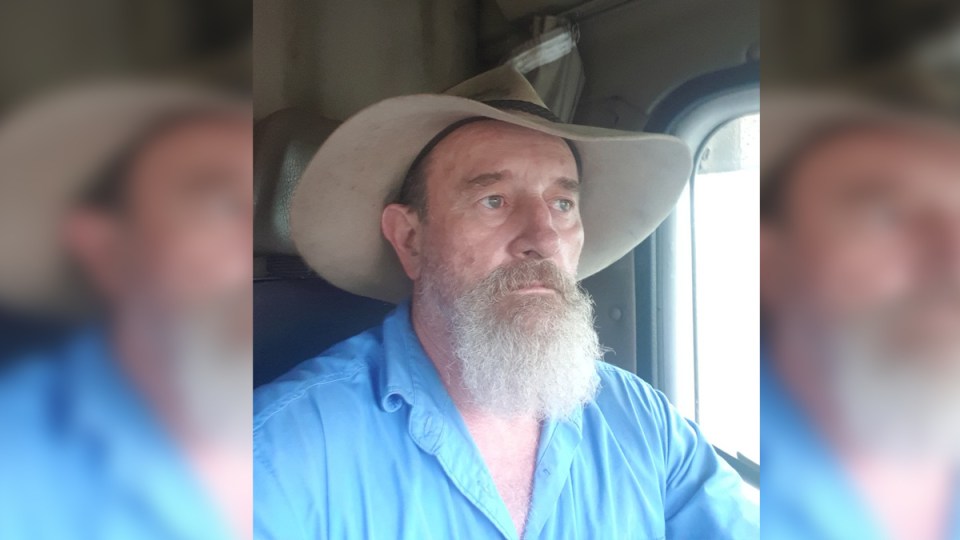 In 2017, Adam Whitehouse risked his life to save two others. He is now being commended for his bravery.

Truck driver Adam Whitehouse was walking along the beach in Tin Can Bay, Queensland, when he noticed two boys struggling in the water.

Wind had blown away the inflatable toy they were using to stay afloat, leaving them struggling to keep their heads above water.

Mr Whitehouse saw their mother on the shore waving frantically.

Rushing over, he asked her “Are the boys OK?”

Definitely not – at just eight and nine years old, they were not good swimmers.

Mr Whitehouse, who was 49 at the time, jumped in the ocean to swim towards them.

The current had pulled them a couple of hundred metres out from shore.

As he got closer, he saw the nine-year-old was already frothing at the mouth. The boy cried out to him, saying he didn’t want to die.

But as he reached the boys, trying to tow them back to safety, strong currents kept pushing the trio into deeper waters.

“I started waving to people on the beach, and nobody would come out,” Mr Whitehouse said.

“It felt like I was out there for a long time.”

He then saw in the distance a man on a dinghy coming towards them.

“At that stage, I thought, ‘He’s not gonna make it’,” Mr Whitehouse said, recalling the seemingly slow pace at which the boat was edging towards them.

“Well, ‘I’m not going to make it’. That was pretty well the last thing I remember.”

The water took him under, and Mr Whitehouse lost consciousness.

“I’d just run out of energy because I was trying to hold them (the two boys) up for a fair while.”

The dinghy made it to the trio.

Graham Spillman was on board, and he managed to haul the boys into the boat.

He could only grab Mr Whitehouse by the hand. Unable to bring him in, too, he lashed him to the side of the boat with rope.

“He thought I was dead at that stage. He thought he was dragging in a corpse,” Mr Whitehouse said.

“The next thing I remember, I was on the beach being revived, and (had) all this green stuff coming out of my mouth.”

Tragically, the nine-year-old could not be revived and died at the scene.

Mr Whitehouse, who was taken to hospital in a critical condition, is being recognised for that courageous effort on February 12, 2017, that saw him risk his life to save two others.

“When people are swimming, just look out for each other because it only takes a minute, less than a minute to lose somebody,” the Gympie resident said, now fully recovered.

Mr Whitehouse, along with 42 others, will receive a bravery medal on March 24.

The full list of award recipients will be announced on Wednesday.

“These awards recognise the courageous actions of individuals who, in a moment of danger or peril, chose to act. They were brave, they did not hesitate and their actions made a difference,” Governor-General David Hurley said in a statement.

“They put their own wellbeing at risk to help others. They were not only brave, they were selfless.

“The stories of their deeds are remarkable and should inspire all of us.”

The names of all award recipients can be viewed here.