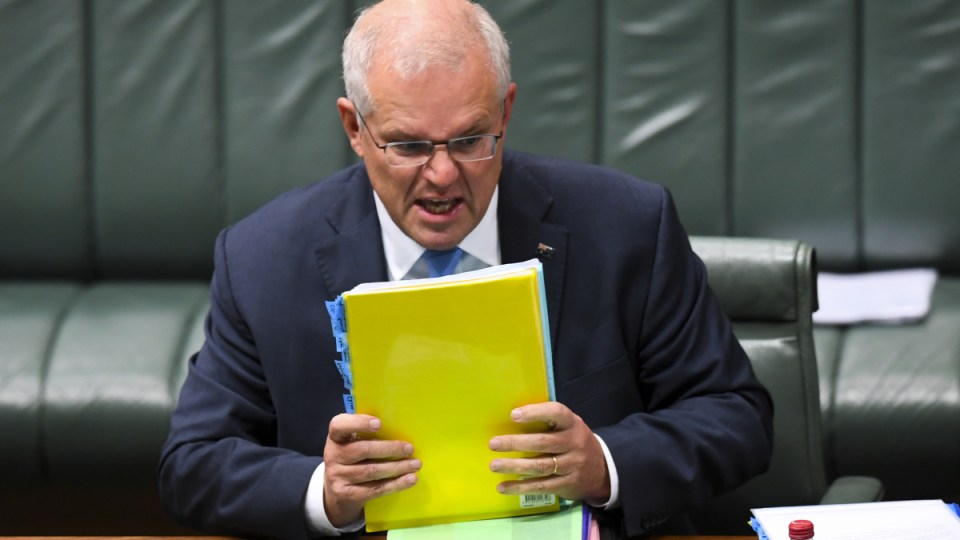 Scott Morrison faces claims he misled Parliament over a review by his former right-hand man into what the government knew about an alleged rape inside Parliament House, and has refused to answer questions about his own inquiries into the issue.

The Prime Minister “completely rejects the assertion” levelled by Labor leader Anthony Albanese, just hours after the secretary of his department admitted he had quietly shelved an internal inquiry into the incident reported by former Liberal staffer Brittany Higgins.

Phil Gaetjens, secretary of the Department of Prime Minister & Cabinet and Mr Morrison’s former chief of staff, had been tasked with leading an internal review into what – if anything – the PM’s office knew about the incident reported by Ms Higgins. But on Monday, he revealed he had actually paused the probe 13 days ago.

Mr Gaetjens said his inquiry was put on ice after the Australian Federal Police raised concerns about the “intersection” with their criminal investigations into Ms Higgins’ allegations.

Mr Gaetjens said he told Mr Morrison of his decision on the same day, March 9. However, Labor was outraged that Mr Morrison was specifically asked about Mr Gaetjens’ investigations in Parliament’s Question Time last Thursday, and did not admit it was stalled.

Instead, Mr Morrison said simply he had no update on when the report would be complete, and did not mention that he had been told nine days earlier of its pause.

He referred the opposition to this week’s Senate estimates hearings “which is the appropriate place where those matters can be raised with the secretary of my department”.

On Monday, Mr Albanese began Question Time by claiming the PM had “misled the Parliament” by not earlier revealing the status of the internal inquiry.

A fired-up Mr Albanese later accused Mr Morrison of being “an empathy vacuum and an accountability blackhole”.

“I did no such thing,” he said bluntly, to howls of outrage from the Opposition benches.

“He is conducting that inquiry at arm’s length from me and I informed the house when that report would be finalised and when the timeframe would be for that to be brought forward.”

The PM said he “would look forward to that [report] being done”.

Mr Gaetjens said his report was paused indefinitely, on request of the AFP. He will resume it only once the police investigation is finalised – which could be months or even years.

In a statement, AFP Commissioner Reece Kershaw confirmed he had told Mr Gaetjens on March 9 it was “strongly advisable to hold off finalising the records of interviews with staff”, pending further police inquiries.

“I support his decision to put on hold the process of finalising his inquiry,” Mr Kershaw said.

“When the AFP has clarity about whether there is no intersection between Mr Gaetjens’ administrative inquiry and the criminal investigation I will contact Mr Gaetjens so he can move to completion of his inquiry.”

Mr Morrison also dodged further questions on a related note – whether he has specifically asked his staff if they “backgrounded” press gallery journalists with negative information about Ms Higgins’ partner. Senior Canberra journalists have said they were aware of such information being provided.

“No evidence has been put before me”.

One week ago Brittany Higgins bravely stood in front of a crowd of thousands and said that she watched as the PM’s office undermined her and her loved ones.

What more would it take for the PM to ask his staff if it is true?

Labor MP Catherine King has asked Mr Morrison at every Question Time since last Monday whether he was aware of that, and whether he had asked his staff about it.

Mr Morrison has consistently shrugged off the question. On Monday, he said he “had no knowledge” and that “there is no information that has been put before me”.

However, as Labor members angrily pointed out, Mr Morrison did not answer whether he had actually asked his staff about it.

“Don’t ask so then you can deny,” Ms King said to the PM.

“You can’t fix it until you’re prepared to face it. You want to hear no evil, you want to see no evil,” followed shadow minister for women Tanya Plibersek.