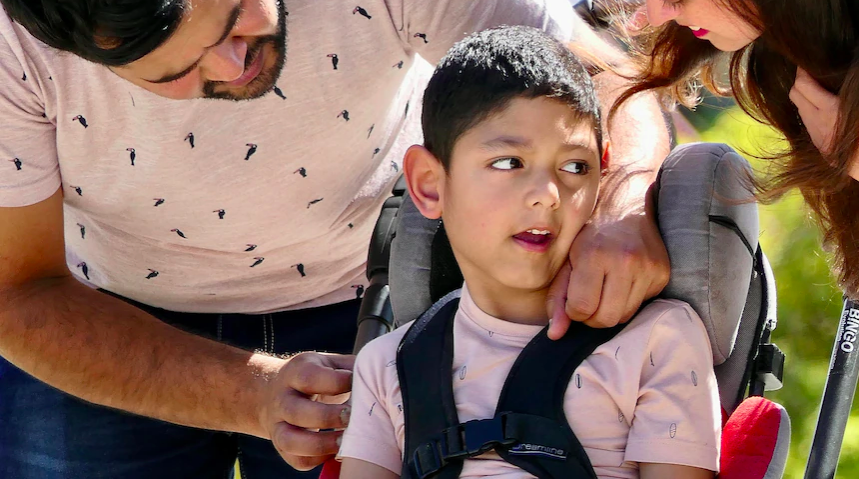 Varun and Priyanka Katyal fear their son's condition could get worse if the family were deported. Photo: ABC

If Kayaan Katyal didn’t have a disability, he’d likely be an Australian permanent resident by now.

But the six-year-old was born with cerebral palsy.

For that reason alone, Australia wants to deport him.

“The fact that he has an Australian birth certificate but he still doesn’t really have any rights in Australia … that just breaks our heart,” his father Varun says.

“Hands up police!” he yells at his dad, playing a version of cops and robbers.

He doesn’t notice the tears of his parents as they sit beside him, or know about their fight to keep him in the only country he’s ever known.

Varun Katyal came to Australia from India 12 years ago to study European cookery, and has been a chef in a restaurant for much of the time since.

Priyanka moved here eight years ago, after they married.

The pair have paid taxes, passed criminal checks and complied with everything asked of them by the Department of Home Affairs.

They were on track to receive permanent residency, and had dreams of opening a restaurant, when Kayaan was born premature at 32 weeks with cerebral palsy.

Under Australia’s Migration Act, that can be an automatic fail.

“The only thing that was wrong with our visa application, was not in our hands. The things that were in our hands, we did right,” Varun said.