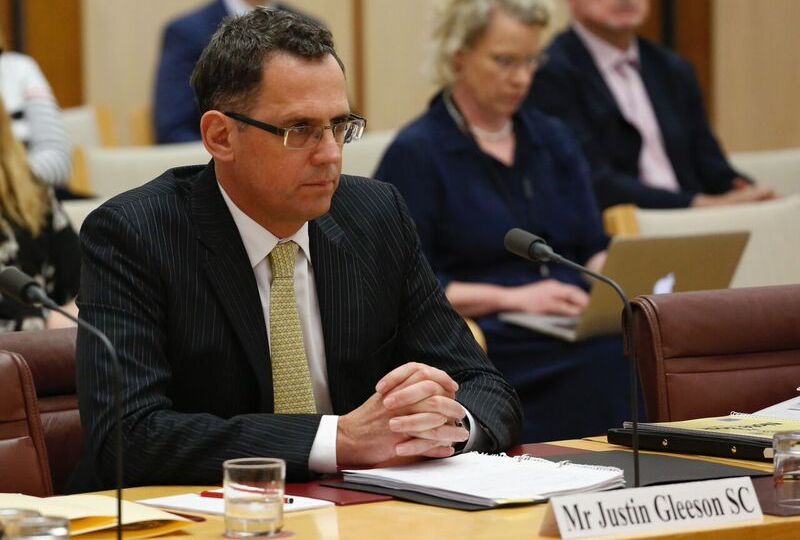 The former solicitor-general Justin Gleeson, who recently called for the Prime Minister to seek advice as to whether Christian Porter was fit to remain in office, will lead the ABC’s defence in a defamation claim brought by the Attorney-General.

Mr Gleeson, now a private barrister, was solicitor-general from 2013 to 2016.

He quit after a high-profile dispute with then-attorney-general George Brandis after claiming he was not consulted by the government on significant legislation.

Christian Porter is suing the public broadcaster and journalist Louise Milligan in the Federal Court for a story about an anonymous letter being sent to the Prime Minister, attached to a 31-page dossier detailing a historical rape allegation from 1988 levelled against a serving Cabinet minister.

The article did not name the Attorney-General as the subject of the complaint, but Mr Porter’s legal team claim he was easily identifiable.

He has strenuously denied the allegation and his lawyers argue he has been the subject of “trial by media”.

Nearly a week after the ABC article was published, Mr Porter publicly identified himself.

The ABC is defending the defamation claim.

In an exclusive interview with the ABC, Mr Gleeson said Mr Donaghue would have been able to provide advice as to whether the government should establish its own inquiry into the allegation against the Attorney-General.

Police have not investigated the complaint against Mr Porter, as the woman who made the allegation informed officers she did not want the investigation to proceed.

The following day, she took her own life.

New South Wales Police have since said there was not enough admissible evidence to pursue an investigation.

Mr Porter remains on mental health leave and the Prime Minister has confirmed his government is seeking advice from the Solicitor-General about what steps it needs to take to ensure the Attorney-General avoids any conflicts of interest while the defamation suit is ongoing.

Scott Morrison has already said Mr Porter will not be involved in any ministerial decisions relating to the ABC and the Federal Court.

The Prime Minister has repeatedly rejected calls for an independent inquiry into the allegation, arguing it would be an affront to the rule of law.

Since leaving the solicitor-general’s role, Mr Gleeson has been working as a barrister specialising in international and constitutional law.