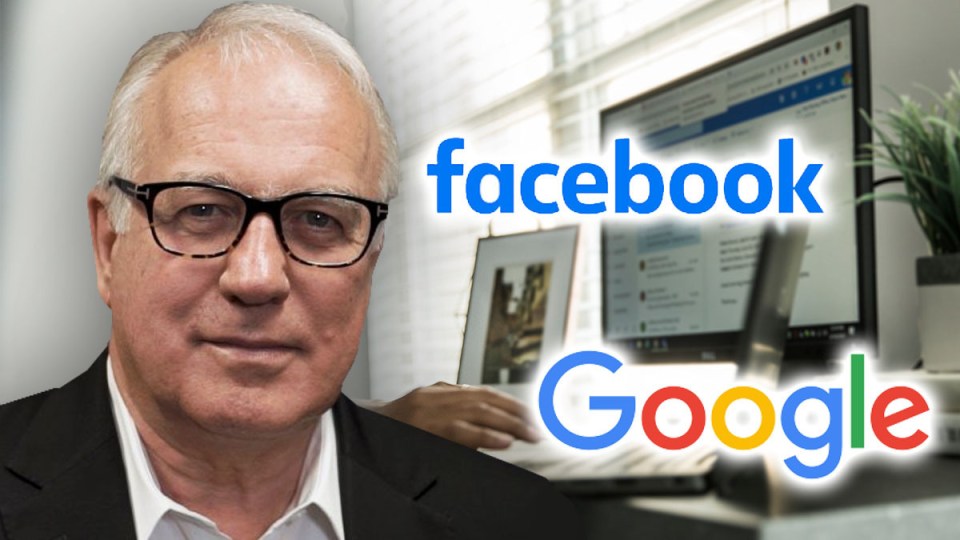 The real purpose of the Australian government’s News Bargaining Code is now clear: It was a bargaining chip, for News Corporation and Nine Entertainment.

On Tuesday, News Corp announced it signed a deal with Facebook, a month after doing one with Google.

Nine’s newspapers reported it had also signed a “letter of intent”, bizarrely quoting industry sources “who could not speak publicly because the negotiations are confidential”.

All parties are very happy, especially News, which is crowing.

CEO Robert Thomson said: “Rupert and Lachlan Murdoch led a global debate while others in our industry were silent or supine …”

He also gave credit elsewhere, where it is due: “We are grateful to the Australian Prime Minister Scott Morrison, Treasurer Josh Frydenberg and the Australian Competition and Consumer Commission chair Rod Sims and his team …”

So Mr Morrison and Mr Frydenberg were standing behind the publishers with bulging tattooed arms folded and cauliflower ears, while their cigar-smoking bosses said: “Nice businesses you’ve got there. Pity if something were to happen to them”.

We can see why News and Nine are happy: They get money.

But why are the victims of this shakedown – Google and Facebook – happy to be coughing up?

Because their core operations of Google search and Facebook news feed have been quarantined and their monopoly rents untouched.

Google is paying publishers to appear in “News Showcase”, which is a very hard-to-find separate website, and Facebook is paying for “Facebook News” which doesn’t exist, but when it does it will also be off to the side.

Is this what Rod Sims had in mind when he and his staff wrote the code? Well, it didn’t seem to be.

It’s pretty clear that the original intention of the code was that the platforms would pay for news snippets that appear in their core products, which is internet search for Google and news feed for Facebook.

That’s certainly how Google and Facebook saw it, which is why Google threatened to leave Australia and Facebook actually did remove all news from its platform for a few days.

They both said paying for news snippets in Google search and the Facebook news feed would destroy their business models and could not be allowed to stand.

And when Facebook cut all actual news from its news feed, the Prime Minister responded firmly: “I would just say to Facebook, this is Australia. If you want to do business here you work according to our rules.”

It looked like Australia was standing up to the tech giants. It was world news.

But almost as soon as the words were out of Mr Morrison’s mouth, the rules were changing, business models preserved and money was being counted out.

And notwithstanding 600 pages of report on the “substantial market power” of Google and Facebook, and 23 recommendations about how to control it, Mr Sims is fine with that.

He said last week: “It doesn’t matter a toss what the money is paid for.”

At an on-the-record Q&A event in Melbourne last week, Mr Sims said: “For reasons of their own, Google and Facebook strongly don’t want to pay for news on search and news feed. Fine. The news media companies don’t care what the money is for. So I just think it’s a perfect outcome.”

“But”, I followed up, “this does nothing to address the dominance of Google and Facebook”.

“This is one problem at a time”, Sims responded.

“The problem we’re addressing with the news media code is simply that we wanted to arrest the decline in money going to journalism. That’s what the code is about – getting more money into journalism, and I personally think the money going into Seven and Nine, what’s been publicly reported, which is north of $30 million, will make a big difference.”

When I pointed out that there is nothing in the code that makes the companies spend the money on journalism, rather than dividends or executive bonuses, he replied that “the world is watching what they do”.

Which may be true. That is, if the world hasn’t moved on already and is agog at the latest Canberra cock-up instead.

Not only are the negotiations confidential, it will take a forensic accountant to find out what it is spent on.

None of the announcements so far have been accompanied by recruitment ads for journalists. They’re coming, no doubt.

As for the code, it will never be more than a threat.

For arbitration to apply, as the code intends, Google and Facebook would have to be “designated” by the Treasurer.

Designation is entirely at the Treasurer’s discretion. Subsection (2) says he must: “… consider whether there is a significant bargaining imbalance between Australian news providers and the group comprised of the corporation and all of its related bodies corporate”.

The next bit says: “The determination is not invalid merely because of a failure by the Treasurer to comply with subsection (2).”

In other words, he could decide not to designate them even if there is a significant bargaining imbalance.

After the News Corp deal with Google last month, Mr Frydenberg said: “I don’t want to pre-empt decisions around the designation process. What I have said consistently, privately and publicly, is that if commercial deals are struck, that changes the equation.”

So there it is. The equation has changed; commercial deals have been struck. Move on, nothing to see here.

The News Bargaining Code now sits on a shelf waiting for these three-year deals to come up for renewal, when presumably it will be taken down and waved around a bit to make sure the deals are, in fact, renewed.

It was, is and always will be only about money.

As for the market power of Google and Facebook – it’s one problem at a time.