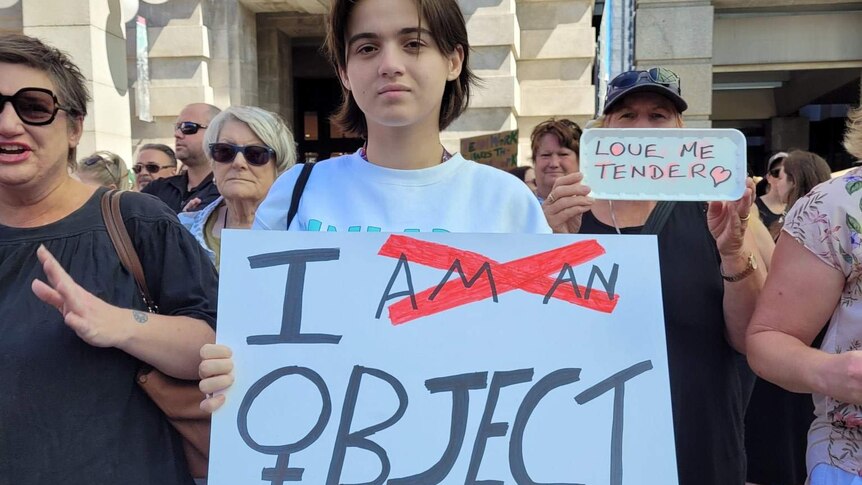 The treatment of women in politics and broader society has been at the forefront of national conversation in recent months. Photo: ABC News

About 3000 women have gathered in Perth’s CBD for the first of a series of women’s marches planned around Australia, demanding an end to gendered violence.

In February, Brittany Higgins went public with an allegation a male colleague raped her inside the office of Defence Minister Linda Reynolds.

It has prompted a fierce public debate about the treatment of women in Parliament House and broader society.

Speaking at the rally on Sunday, former federal Labor MP Emma Husar said she left federal Parliament because she was sexually harassed and “slut-shamed”.

“We’ve had enough of being sidelined, not being paid enough and not being represented enough in leadership roles.”

The Perth protest organisers are calling on the WA government to introduce laws criminalising coercive control.

Ms Husar said she hoped the marches would lead to real change and she encouraged survivors of sexual assault to stand together.

“We’re all tired, tired of retelling our trauma-filled stories in the hope that someone will listen and actually take action for us,” she said.

“I am asking all of those who can to stand shoulder to shoulder with us and to keep up the fight.”