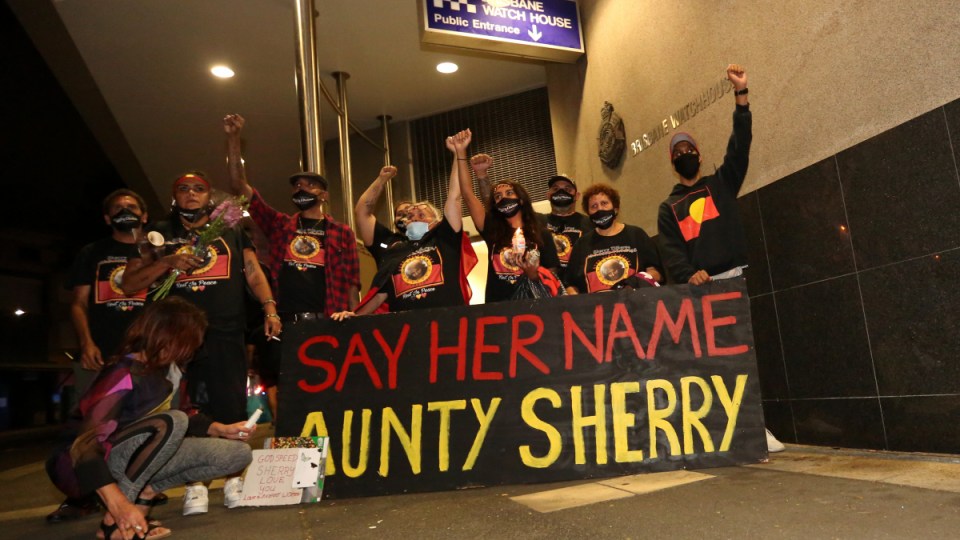 Family of Sherry Tilberoo outside the Brisbane Watch House in September during a vigil to mourn her death in police custody. Photo: AAP

The Aboriginal Legal Service is calling for more transparency after revelations that two Indigenous people died in custody in NSW in the past week.

The deaths only came to light when a bureaucrat was questioned in a parliamentary hearing.

Authorities believe his death was “natural” and that he had “multiple” medical issues.

Our thoughts and condolences are with the families of the two First Nations people who tragically died in custody last week in NSW.

No family should have to suffer this devastating injustice. #BlackLivesMatter

“It was identified by Health and by our staff supervising him when he actually was unresponsive and then obviously support was immediately provided,” Corrective Services NSW Commissioner Peter Severin told a Budget Estimates session on Tuesday.

An Indigenous woman in her mid-50s died in her cell at Silverwater Women’s Prison three days later.

Mr Severin said it’s believed she took her own life.

Both deaths will be referred to the coroner.

The NSW government did not notify the public or the media of the deaths, with the latter only revealed during questioning by Greens MP David Shoebridge at a budget estimates hearing.

The government does not publicise deaths in custody, Mr Severin said.

It is “not appropriate” to advise the public of deaths without any detail and “cause a lot of anger, a lot of angst and a lot of grief”.

“We won’t put public statements out,” he said. “That is not in any way to suggest that we are not 100 per cent accountable.”

"What does this tell us about the value the NSW government places on the lives of those it is responsible for, and the lives of Aboriginal people?" she said.' https://t.co/VCeFBnAF2T

“The NSW government has an obligation to let people know things that are in the public interest, and this includes when there has been a death in their care,” Ms Warner said in a statement.

She suggested corrective services and police could release basic details like the date and location of the death and the person’s age, gender and Aboriginality.

The government does inform the Aboriginal Legal Service and Department of Aboriginal Affairs of Indigenous deaths in custody, Mr Severin said.

Mr Shoebridge criticised the failure to notify the public.

“The government’s response to the Black Lives Matter movement has not been to address deaths in custody but to hide them from public scrutiny.”