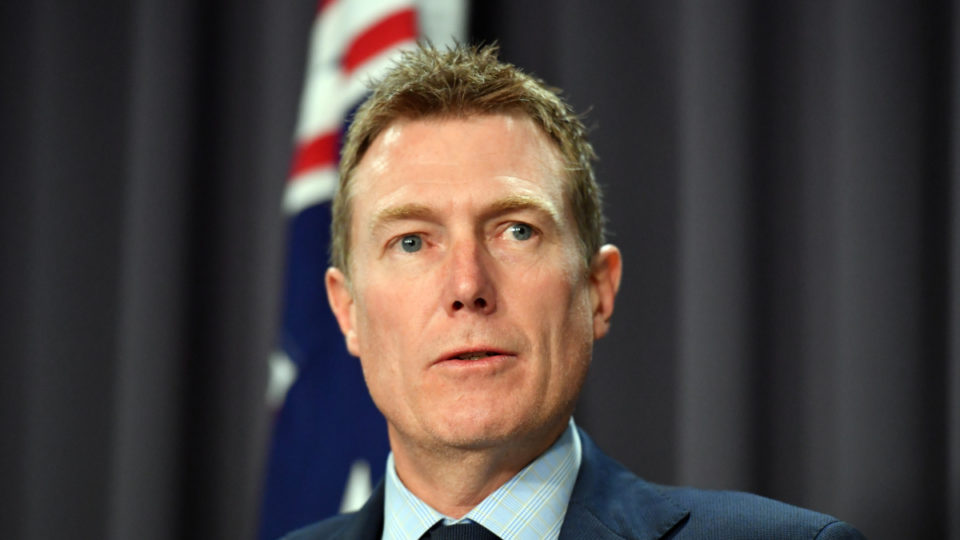 The woman told the counsellor she and Christian were debaters together.

The woman at the centre of the Christian Porter rape allegation spoke in detail to a sexual assault counsellor about her claim eight years ago, in what is believed to be the first time she ever disclosed the allegation.

Four Corners has been told that the woman first sought help from the counsellor in about 2013 and saw her about six times. The rape is alleged to have occurred in 1988.

The counsellor has told Four Corners that the woman disclosed to her an allegation about a boy she referred to by his first name as Christian.

The woman said that she and Christian had been debaters together.

In an emotional press conference last week, Christian Porter strenuously denied the allegation against him, saying “it just didn’t happen”.

“I was 17 years old and the other person was 16. We were both selected, with two others, on the Australian Schools Debating Team and we went to Sydney University for an international competition. It was a long time ago and I’d always remembered it as a happy time,” Mr Porter said.

“But I can say categorically that what has been put in various forms and allegations simply did not happen.”

There are no witnesses who can corroborate the woman’s version of events.

The counsellor said the woman had sought out her services because she specialised in sexual assault.

The counsellor told Four Corners that the woman was “extremely articulate”, “not delusional”, and volunteered the allegation of her own volition.

Woman ‘torn’ about pursuing the matter

She said there was no discussion of repressed or recovered memories.

“She told me she had always remembered it,” the counsellor said.

The counsellor has told Four Corners that the woman said she was torn about pursuing the matter knowing it could ruin the man’s life.

She also said that they discussed the pros and cons of seeking justice and whether it was worth it for the woman to have her day in court. The counsellor said the woman went away and “was going to sit on that. She obviously sat on it for about five years.”

The woman reported her allegation to NSW Police in 2020 and police had set up a strike force with a view to commencing an investigation into the historical allegation.

However, in June that year the woman informed police she no longer wished to proceed with the investigation.

The woman, who struggled with mental illness most of her adult life, took her own life the next day.

NSW Police subsequently closed the case, stating that there was insufficient admissible evidence to proceed with the investigation.

The former Law Council of Australia president, Arthur Moses, told Four Corners the allegation could never be proven because the police have no sworn statement from the woman.

“So there is no record of interview, as we understand it, between the complainant and the police that could be the subject of admissible evidence,” he said.

“And there is no evidence from any third parties that they witnessed alleged sexual assault.”

The counsellor said that the woman spoke to her of how she was “patently aware” that she had not lived up to the promise that she had shown as a brilliant student and one of the country’s best high-school debaters.

“That was a really big part of the therapy,” the counsellor said, “That her life had meaning, and she could go on to do more.”

Prime Minister Scott Morrison has given Mr Porter his full support and has refused to commission an independent inquiry.

Last week, South Australia Police delivered their report on the woman’s death to the state’s coroner.

The coroner released a statement saying that following media reporting he regarded the investigation as “incomplete” and has asked for further investigations, after which he will decide whether to hold an inquest into the circumstances of the woman’s death.