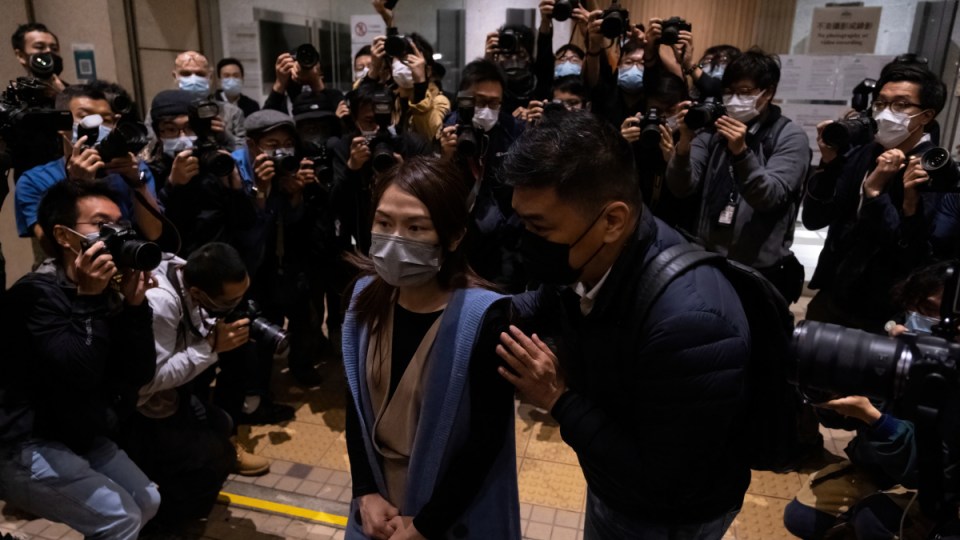 Top Chinese diplomat Wang Yi says the electoral system in Hong Kong must be improved for long-term stability and that reform would bring about a “brighter future” for the city.

Speaking at his annual news conference at China’s parliamentary session on Sunday, Mr Wang said there was no democracy in Hong Kong during colonial times, and confidence was high reforms would be beneficial.

“Hong Kong’s transition from chaos to governance is fully in the interests of all parties,” the State Councillor said.

A year ago, China imposed a tough national security law on the former British colony, saying it was needed following months of sometimes violent anti-government protests.

Beijing has since said it will directly vet electoral candidates for the city’s legislature and declared only “patriots” should rule Hong Kong.

“Loving Hong Kong and patriotism are exactly the same,” said Wang on Sunday, adding that changes to the electoral system are constitutional and justified.

It comes a week after Hong Kong police detained 47 pro-democracy activists on charges of conspiracy to commit subversion, the largest such mass arrest to date under the new national security law.

China’s actions in Hong Kong have been condemned by the United States and its allies to the anger of the Chinese government, which has said Hong Kong issues are an internal matter with which foreigners have no right to interfere.

Supporters of the national security law – which punishes what it broadly defines as secession, subversion, terrorism and collusion with foreign forces with up to life in prison – say the legislation is necessary to restore stability after months of pro-democracy protests in 2019.