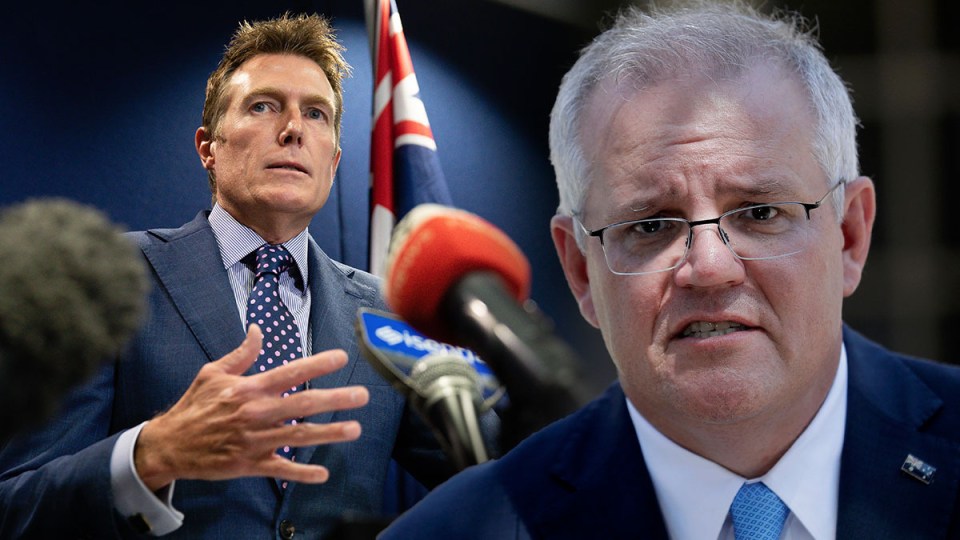 Scott Morrison says there is "not another process" to investigate allegations of rape against Christian Porter.

Pressure is building on the Morrison government to take further action over historic rape allegations against Attorney-General Christian Porter, with the family of his accuser backing an inquiry into her death.

The government’s much-criticised response to serious sex assault reports was further muddied on Thursday, with revelations that Defence Minister Linda Reynolds described former staffer Brittany Higgins as a “lying cow” on the day reports broke of her alleged rape.

‘Cannot be the end’: Albanese

Mr Morrison tried to draw a line under the crisis engulfing Mr Porter and his government, saying the issue of the alleged rape should be closed after the Attorney-General vehemently denied the claims and NSW Police chose not to proceed with an investigation due to “insufficient admissible evidence”.

“My judgment is based on the report of the police,” the Prime Minister said on Thursday.

“They are the competent and authorised authorities to make the judgments about any such allegations.

“They have made their conclusions and, as people have said in similar occasions in the past, that’s where the matter rests.”

Labor, Greens and crossbench MPs continue to call for a further independent or judicial review into the allegations that Mr Porter raped a young woman in Sydney in 1988, while they were both teenagers. Opposition Leader Anthony Albanese is among those demanding “a proper investigation”.

Mr Morrison has rebuffed those calls, saying the “process [had] run its course” and stating there is “not another process”.

But the family of the alleged victim has come forward and said they hoped to see further inquiries into her death in June 2020.

“They are supportive of any inquiry which would potentially shed light on the circumstances surrounding the deceased’s passing,” according to a brief statement released on the family’s behalf.

“They ask that their privacy be respected during this difficult time.”

Mr Albanese, speaking moments after that statement was released, said a “full and proper and transparent inquiry” was vital.

He claimed the government’s refusal to open one “defies common sense”.

“It’s time for the Prime Minister to give both himself and Australians confidence that Mr Porter is a fit and proper person to hold the office of Attorney-General,” he said in Perth.

“This cannot be the end of the matter. The Prime Minister needs to provide a fair and independent process for all involved. Changing culture starts with taking responsibility.”

Responsibility is an issue plaguing another minister in Mr Morrison’s government, with Senator Reynolds again under further fire for her response to rape allegations inside her office.

On February 15, Ms Higgins made the explosive claims that she was raped on a couch inside the Parliament House office of her then-boss, Senator Reynolds, by a male colleague in 2019.

The Australian newspaper has since reported that, on the day the story broke, Senator Reynolds referred to Ms Higgins as a “lying cow” in the middle of her office, within earshot of staff.

In a statement on Wednesday, Senator Reynolds, who is still on medical leave, said she “never questioned” the veracity of Ms Higgins’ report but “did, however, comment on news reports regarding surrounding circumstances that I felt had been misrepresented”.

Mr Morrison tried also to downplay that issue, saying Senator Reynolds had apologised to staff and “deeply regretted” her words.

He also called for “generosity” in how the comments were perceived, saying Senator Reynolds was under “significant stress”.

“They were offensive remarks. She should never have made them. I don’t condone them,” he said.

Ms Higgins said the remarks were “incredibly hurtful”, claiming it was another sign of the “toxic workplace” in Parliament House.

Later, Ms Higgins confirmed she had engaged a defamation lawyer, who demanded Senator Reynolds apologise or face a lawsuit.

“This demeaning and belittling statement, in which you refer to our client as a member of the animal kingdom and declare her to be untruthful, is highly defamatory of our client’s good character and unblemished reputation,” lawyer Rebekah Giles wrote in a letter to Senator Reynolds, first reported by The Australian.

The comments were described as a “distasteful character assassination”, with Ms Giles flagging that Ms Higgins reserved her right to take further action.

The letter demands an “immediate and unequivocal public withdrawal of your comments and apology”, and says Ms Higgins was “appalled” that she had not been contacted.

The New Daily understands Ms Higgins is seeking only an apology, not damages.

Senator Reynolds’ office declined to comment further when contacted by TND late on Thursday. It referred only to the statement Senator Reynolds released on Wednesday.

‘This cannot be the end’: Government ignores demands for inquiry into Porter rape claims