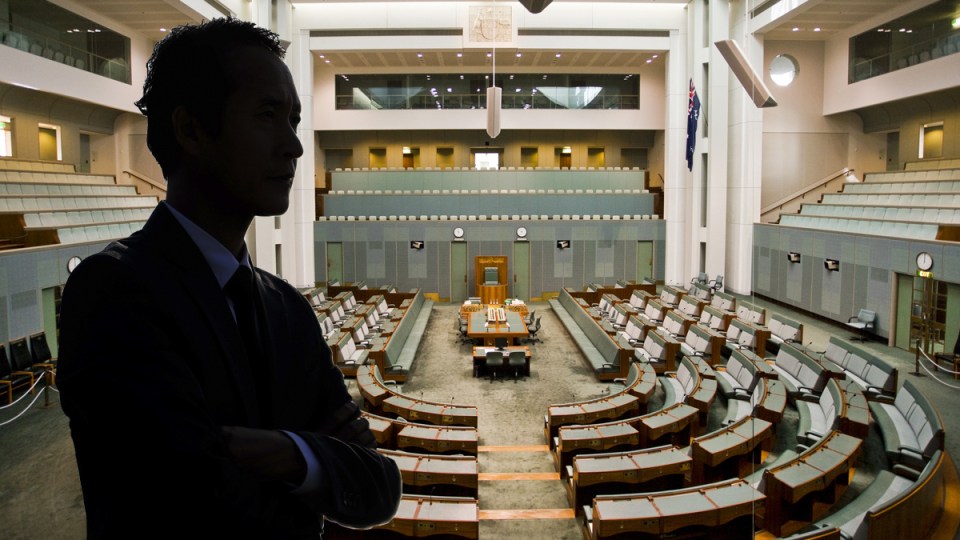 A criminal investigation by police into allegations of a brutal rape by a cabinet minister is possible but unlikely, legal experts say, as the woman’s lawyer calls for a judicial inquiry to be launched.

Prime Minister Scott Morrison and his ministers have continually stressed any such investigation into the alleged rape should be left to police.

But NSW Police say its “investigation was suspended” after the woman’s death in June 2020, and the Australian Federal Police don’t have jurisdiction to investigate what is a state – not federal – offence.

“The fact the complainant is dead does not prevent a prosecution, it just makes it much more difficult,” said Ian Leader-Elliott, an Emeritus Fellow in the University of Adelaide’s Law School.

So with Mr Morrison refusing to stand down the minister at the centre of the claims, and the accuser – who was 16 at the time of the alleged assault in 1988 – now deceased, what options remain to pursue the allegations?

The New Daily spoke to a number of experts in criminal and civil law, in NSW and South Australia – where the incident is alleged to have occurred, and where the woman lived, respectively.

Michael Bradley of Marque Lawyers, who represented the alleged victim, said a criminal case was possible but unlikely.

“As a legal fact, it is theoretically possible for a criminal rape prosecution to proceed despite the alleged victim having died. As a reality, that won’t happen,” he wrote in Crikey on Monday.

“The evidentiary burden on the prosecution and the legal protections afforded the alleged perpetrator cannot be bridged.”

Thalia Anthony, a law professor at the University of Technology Sydney, agreed.

“There’s no roadblock to bringing a criminal case,” she told TND.

“The complainant’s evidence is important, but it needs to be cross-examined. I don’t think a case will rise or fall because of the passing of a complainant, but if they are available, they would provide the strongest evidence.”

Professor Anthony said initial examination by the NSW Director of Public Prosecutions, as well as a subsequent committal hearing process, would have to occur before a case even reaches court.

“In deciding whether to bring a prosecution, the weight of the evidence is an important consideration, and the DPP usually work with the complainant in bringing a case. [The woman’s death] would potentially present a stumbling block in the prosecution feeling there’s enough evidence,” she said.

Mr Leader-Elliott said there was “no reason why NSW Police couldn’t prosecute”, but again raised issues about evidence available.

A 31-page dossier of testimony from the complainant, and other material, was sent to Mr Morrison and other senior politicians last week.

TND has not seen the dossier, but reportedly it contained graphic recounts of the alleged incident, and the woman is said to have kept extensive diary entries.

Greens senator Sarah Hanson-Young, among those who received the dossier, described it as a “serious brief of evidence”.

NSW Police told TND its “investigation was suspended” after the woman died, but that South Australia Police are preparing a report to the coroner on her death.

It’s understood NSW Police received no formal statement on the woman’s claims before she died.

The AFP confirmed it had received a report, but referred further questions to NSW Police.

“The AFP will liaise with the relevant state authorities,” a spokesperson said.

It’s understood the AFP would not strictly have power to investigate a rape complaint. However, TND understands federal investigators are closely examining the dossier’s claims.

When asked if the AFP would have any jurisdiction on the rape accusation, Mr Leader-Elliott replied: “It’s a NSW matter.”

Academics said civil proceedings could be an avenue to be explored.

“Criminal law is only one section of law and overlaps with other areas. You could also bring a civil action on sexual assault. It’s rare, but it has been done in Australia,” Associate Professor Karen O’Connell, also of the UTS faculty of law, told TND.

Mr Leader-Elliott said there was “no reason [the accused] couldn’t be sued”.

However, Associate Professor O’Connell said a formal workplace investigation or judicial review – similar to that which the High Court carried out into claims of misconduct by former Justice Dyson Heydon – could be a more appropriate measure.

“I do not see why you couldn’t have a workplace investigation here … No reason not to have that. It would be absolutely appropriate in my mind,” she said.

“You have an exceptional workplace where the person involved is a cabinet minister. I just don’t see how you could leave it alone.

Associate Professor O’Connell said civil or inquiry proceedings could be carried out.

“People are saying that because the woman has sadly died, some politicians are saying basically you can’t do anything. But the fact is, she’s left a certain amount of information, people have spoken to her about her experiences,” she said.

“If a criminal avenue isn’t possible, there are no police processes to wait for and you need to make a decision about how to respond to the information that is available. You can still have an institutional response.”

Mr Morrison refused to stand aside the minister involved, saying the man “vigorously rejected” the claims.

“We can’t have a situation where the mere making of an allegation and that being publicised through the media is grounds for governments to stand people down,” Mr Morrison said.

“We have a rule of law in this country and it’s appropriate that these things were referred to the federal police. They have been.”

Mr Bradley called for the minister to stand down.

“It’s untenable for him not to, I would think. It’s not really a legal question, it’s a question of propriety,” he told Nine newspapers.