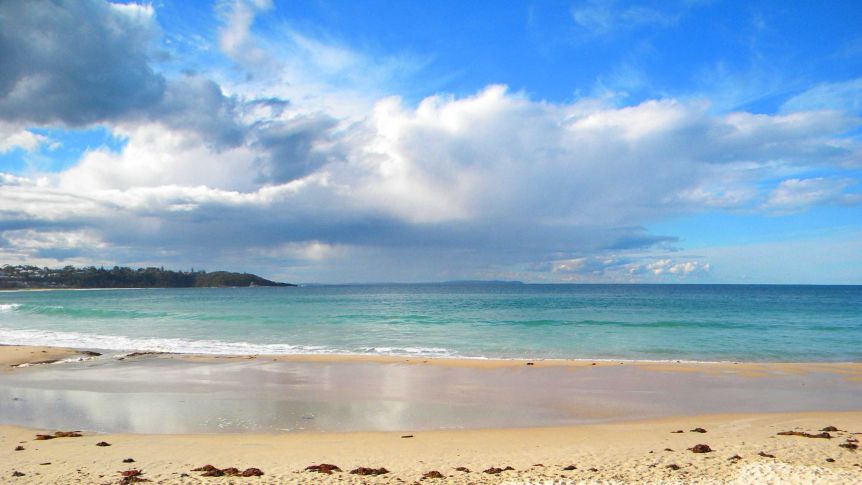 The remains washed ashore at Mollymook, about 230 kilometres south of Sydney. Photo: Supplied/VisitNSW

The human remains were discovered about 6:30pm on Friday on a beach at popular tourist destination Mollymook.

NSW Police have established a crime scene and are investigating their origin, though say it is too soon to tell whether they belong to Ms Caddick.

“Around 6:30pm yesterday, officers from South Coast Police District were called to a beach at Mollymook where human remains were located,” a NSW Police spokesperson confirmed.

“The remains will be forensically examined.

It comes five days after a “badly decomposed” foot encased in a shoe was found by campers at Bournda Beach, 250 kilometres south of Mollymook.

A DNA sample from the foot was matched with samples from a toothbrush and shoe of missing Sydney businesswoman Ms Caddick.

Ms Caddick disappeared in November after her Dover Heights home was raided as part of an investigation into misappropriated investor funds.

The Australian Securities and Investments Commission (ASIC) had launched the investigation into Ms Caddick and her financial services company, Maliver, two months prior.

On November 12, she left her home in Sydney’s eastern suburbs just after 5:30am for a run but never returned home.

NSW Police’s Assistant Commissioner Mick Willing yesterday said modelling of drifts and waves showed it was possible that Ms Caddick entered the water in Sydney before her body was carried south.