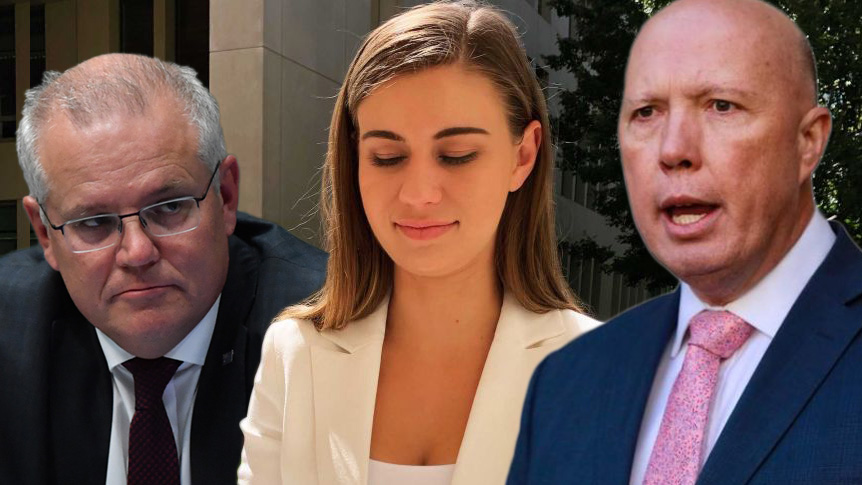 Federal Parliament faces a reckoning on its “toxic” internal culture and the treatment of women in the halls of power, with an imminent police investigation and a growing list of scandals emerging to cloud both sides of politics.

Brittany Higgins has formally filed a report to police over her rape allegations, the government’s bipartisan culture inquiry is on the verge of locking in its final details before commencing, while Labor’s long-awaited review of party processes will finally be handed to its national executive this week.

Some Canberra staffers have even quietly voiced support for going on strike from Parliament, in protest over what some see as a lack of response from their bosses and the wider system.

“This fortnight has been horrible,” one female political staffer told The New Daily, echoing a common sentiment shared throughout the building.

Parliament has experienced controversy over power imbalance, mistreatment of staff, sexism, misogyny and sex scandals many times before.

However, in the memories of some long-time occupants of Capital Hill, very little of the likes of this fortnight, when former Coalition staffer Ms Higgins made bombshell allegations that she was raped by a colleague on the couch of her then-boss, Defence Minister Linda Reynolds, in 2019.

After mounting scandals since news.com.au broke the news last Monday, in which a growing coterie of ministers revealed their knowledge of the incident but say they didn’t inform the Prime Minister, Ms Higgins has formally given her statement to police, potentially setting in motion an AFP investigation that could further rock the ministerial wing of Parliament House.

He admitted he was told of the alleged incident on February 11, briefed by no less than the Commissioner of the AFP, Reece Kershaw.

That’s a day before Mr Morrison said his office first heard of the claims, via a media request on February 12, and four days before the first report on the rape claims was published.

The New Daily has contacted the AFP for comment on the briefing to Mr Dutton.

ACT Police confirmed on Wednesday afternoon it was “investigating this matter after receiving a report about an alleged assault at Parliament House in March 2019”.

Separately, former Labor MP Ms Husar – Member for Lindsay between 2016 and 2019 – resurfaced former complaints she had about how the ALP treated her.

Ms Husar was the subject of reports of inappropriate conduct with fellow MPs, but those claims were dismissed, and she won a defamation suit against media reporting of those incidents.

She was also investigated through internal party processes over allegations of bullying and workplace management issues, which were upheld.

Ms Husar said she was “forced” to resign from Parliament, but the Labor review – completed later – found there was no basis for her to do so.

On Wednesday, she released a blistering open letter to Opposition Leader Anthony Albanese, alleging Parliament fostered a “toxic treatment” of women, and that the Labor Party was “no better”.

A strong woman stands up for herself, then she stands up for others.
Thank you to all the women who are telling their stories. The Culture of silence is dangerous & exists on all sides of Politics.#auspol #BrittanyHiggins pic.twitter.com/51JuAe1haB

She also claimed Mr Albanese had promised her an apology for her treatment, which she said never came.

“When you’re complicit in silence and not addressing the bad behaviour, it will lead to bad and worse outcomes,” she told The New Daily.

“There’s a toxic culture of silence and cover up.”

In a separate development, TND understands Labor’s long-awaited review of its party culture and new guidelines around sexual harassment is nearly complete.

The new rules, which will govern all members of the party – not just politicians and staff, but ordinary members – will be considered by the ALP’s national executive by week’s end.

It is expected to be made public in coming days.