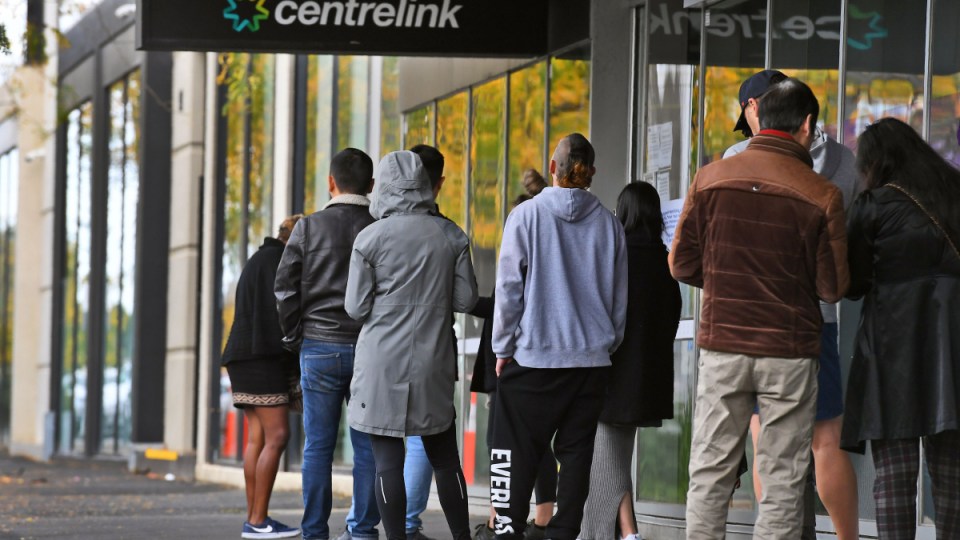 JobSeeker could be increased by just a few dollars a day Photo: Getty

The federal government’s long-awaited increase to the JobSeeker welfare payment could amount to just one small coffee a day, with unions and opposition parties blasting the proposal as a “joke” and “cruelty”.

The Coalition will on Tuesday discuss plans for a permanent $50 a fortnight uptick in the unemployment allowance, which adds up to just $25 a week – or $3.57 a day.

JobSeeker, formerly at a meagre $40 a day, has been boosted since early 2020 by the temporary coronavirus supplement, as unemployment surged during the COVID pandemic and lockdowns.

The $575 a fortnight payment was nearly doubled in the early stages, with the coronavirus supplement initially worth $550 a fortnight, before ratcheting down to $250 then $150 a week in recent months.

The supplement is due to expire at the end of March, and the payment revert to its standard rate.

Unemployment is still higher than pre-pandemic levels, and a huge array of supporters have called for the base JobSeeker payment to be increased – from charities to unions to economists and politicians of all stripes.

It has been seen as almost impossible, on a political level, for the government to return the rate to its previous level.

Numerous media reports on Tuesday said the new rate would be in the ballpark of a $50 a fortnight increase, but may be accompanied by tightened ‘mutual obligations’ on the unemployed.

People on JobSeeker must apply for a certain number of jobs a week, attend training or workshops, or complete other tasks or face having payments restricted.

Unions and charities are pushing for a far higher increase. The Australian Unemployed Workers Union wanted to see a rate of $80 more a day, while the Australian Council of Social Services wanted it lifted by at least $65 a day.

The small increase was reportedly discussed by federal cabinet on Monday night, and will be put to the Coalition party room on Tuesday morning. No details or numbers have been publicly confirmed by any Coalition members, but Health Minister Greg Hunt – giving a vaccination update – hinted there might be more information “later today”.

“I think there’s a fair case to ensure there’s greater equity going forward. This has been a difficult economic period,” he said.

“There are ongoing challenges … I think there’s a case to help more Australians.”

“I will leave any issues on that front, for possible discussion, to others for later today.”

Liberal backbencher Jason Falinski said he might support a lift to JobSeeker if “gets more Australians back into work”.

Labor leader Anthony Albanese declined to comment on the reported proposal, wanting to first hear the full details from the Morrison government.

“I said very clearly that $40 a day wasn’t enough to live on. It’s one of first announcements I made as Labor leader back in 2019,” he said.

“I don’t quite understand why this government has held back on this announcement. I look forward to it  being announced today and then Labor will obviously respond after we’ve given it proper consideration.”

Labor has consistently called for an increase in JobSeeker, but has been hesitant to nominate a specific rate. Speaking to The New Daily last year, Mr Albanese said “us announcing something that we can’t implement before the election doesn’t advance the change”.

“Coming out with a rate might make people feel good, but we want the government to actually move on this. So we’ve tried to give them the space to do so,” he said at the time.

Senior government sources have privately told TND it would be almost politically impossible to cut JobSeeker back to $40 a day, but say the government is waiting until closer to the March 31 cut-off to determine the actual increase. It will be based on the latest possible economic and jobs data.

A $50 fortnight increase to #Jobseeker is a joke.

Tightening mutual obligations in the midst of a pandemic and a recession is just abject cruelty.

It's the most vulnerable who lose their payments in this punitive system. https://t.co/c5bHqagrgq

The AUWU tweeted the reported increase “won’t keep a roof over people’s heads – it won’t even keep the power on”.

“$3.50/day is not even enough for ppl to GET to job interviews,” the union said.

Progressive campaign organisation GetUp! called it a “a slap in the face”.

‘Abject cruelty’: JobSeeker could rise by just $3 a day, slammed by unions