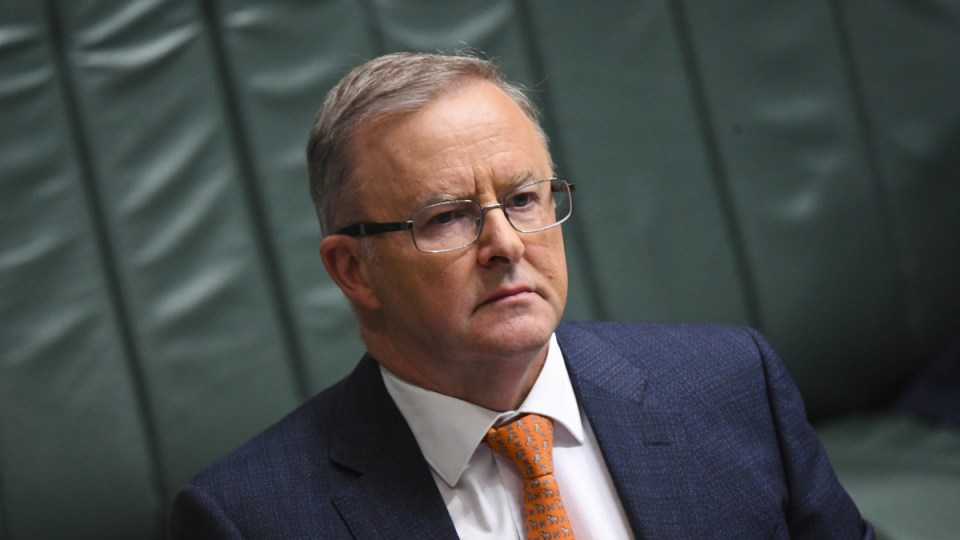 Questions swirl over the government’s response to a Liberal Party staffer’s report of being raped inside Parliament House, with Anthony Albanese saying it “doesn’t seem plausible” that Scott Morrison’s office wasn’t aware of the incident until days ago.

Former prime minister Malcolm Turnbull claimed it was “inconceivable” Mr Morrison’s office didn’t know earlier, amid raging scrutiny rages of the timeline of who knew what, and when.

“I find it very, very, very hard to believe the Prime Minister’s office would not have been aware of that incident as soon as it occurred… if they weren’t, it was a complete failure of the system,” Mr Turnbull said on Wednesday.

Brittany Higgins made explosive allegations on Monday that she was raped by a former colleague in 2019 inside the Parliament House office of her then-boss, Defence Minister Linda Reynolds. Ms Higgins was 24 at the time, and claims her complaints were handled badly by internal processes.

Attention has turned to the Morrison government’s response to her allegations. On Tuesday, Mr Morrison apologised to Ms Higgins, launching two reviews of culture and processes inside Parliament. But questions were raised when the PM claimed he heard about the alleged rape only on Monday morning, when the story broke.

Mr Morrison went on to say his office was informed of the allegations only on Friday, after media inquiries. This is despite Senator Reynolds’ chief of staff at the time of the 2019 allegations now working in Mr Morrison’s office, and Ms Higgins’ claims that at least two other staff in the PM’s office were also aware in 2019.

Senator Reynolds learned of the claims in early 2019, but Mr Morrison claimed he was not told. On the ABC, Mr Turnbull said that was hard to believe.

“I find it inconceivable that that wasn’t well-known to at least key members of the Prime Minister’s staff,” he said.

“If it wasn’t, there was clearly an absolutely baffling breakdown in communications.”

It is "inconceivable" the Prime Minister's Office didn’t know about Brittany Higgins' story and her complaints as soon as they happened, former PM @TurnbullMalcolm says.

Mr Turnbull said political staff would “use discretion as to what they tell their boss and when they tell it to him or her”.

“It doesn’t seem plausible to me. People will make their own judgment,” he told The New Daily.

“One of the issues with women coming forward is the issue of whether they are believed or not. It’s a major issue. And a lot of women are placed in positions whereby they fear not being believed. I believe Ms Higgins.”

The timeline provided by the PM was also questioned by Greens senator, Sarah Hanson-Young.

A key conflict between the accounts given by Ms Higgins, and Mr Morrison’s account, is over whether the PM’s principal private secretary, Yaron Finkelstein, called her in 2020.

Ms Higgins told The Project that Mr Finkelstein, who she described as Mr Morrison’s “fixer”, had called her to “check in” around the time of the explosive Four Corners report into treatment of women inside Parliament.

Ms Higgins said her allegations were not discussed in that call, but that she found it “weird” that Mr Finkelstein would call her. Mr Morrison said on Tuesday that searches of phone records and other information had found no trace of any such call.

“There is nothing that has been put in front of me, nothing – including phone records or anything else – that suggests that that indeed was the case,” he said.

“It doesn’t either sit with Brittany Higgins’ account, which is that she received contact from the principal adviser to the Prime Minister, both at the time and also towards the end of last year, there was contact made again according to Ms Higgins,” he said.

Asked if he was comfortable with Mr Morrison’s claims that his office did not know of the allegations until recently, Mr Albanese said “no, I am not.”

Ms Higgins has also received high-profile support from Australian of the Year, Grace Tame, who praised her courage.

Ms Tame, who won the annual honour in recognition of her advocacy for survivors of sexual assault, was cited by Ms Higgins as her inspiration for speaking up.

“This case is another reminder for us all of the need for survivor voices to raise awareness and improve our collective understanding of sexual abuse,” Ms Tame posted on social media on Wednesday.

“I stand with survivors. I am an advocate for normalising the conversation and breaking the cycle of shame.

“This is Brittany’s story. Let us listen.”

Ms Tame said there was more work to do.

“We all have a seat at the table. We are all still learning,” she said.