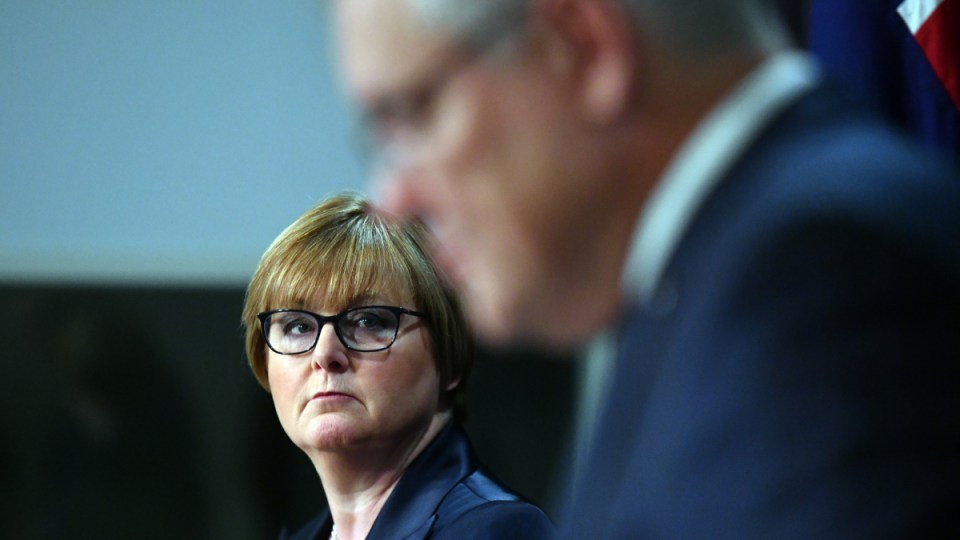 A young woman who worked for Defence Minister Linda Reynolds has made shocking allegations of being raped at Parliament House by a co-worker, with the Minister under pressure to explain how her office investigated the complaint.

Brittany Higgins – who went public with her claims on Monday – chose to make no formal police complaint at the time of the alleged rape in March 2019.

But the federal government said she “would have the full and ongoing support of the office and the Minister” if she now chose to.

Ms Higgins, who worked briefly for Senator Reynolds, alleges she was raped by a male colleague on the senator’s office couch.

She has told News Corp she became “very intoxicated” at an event in Canberra with workmates. In her account, a man offered her a lift home, but their taxi went instead to Parliament House.

Ms Higgins said the pair entered Senator Reynolds’ office. She fell asleep on a couch, before waking to the man having sex with her.

Ms Higgins was just 24, and only weeks into her new job.

The alleged perpetrator resigned shortly after.

Following an internal investigation, Ms Higgins was referred to ACT Police, but she ultimately decided not to make a formal report.

Ms Higgins then went to work for Employment Minister Michaelia Cash, a position she recently left.

After the allegations emerged on Monday, some federal politicians called for the government to better explain how they had been investigated.

“I think we need to hear from the Minister, Linda Reynolds,” Labor frontbencher Kristina Keneally said.

“This is an alleged assault that occurred in her office. There are security issues around the Defence Minister’s office, there are issues as to whether or not this has been properly referred and investigated. Not just by officials in this building, but also by the police.”

The New Daily has contacted the offices of Senator Reynolds and Senator Cash for comment.

In a statement in Parliament, Senator Reynolds said she was “extremely concerned” for the wellbeing of Ms Higgins.

“Women should be safe and they should feel safe in the workplace at all times,” she said.

Senator Reynolds said her “priority” was ensuring Ms Higgins was supplied with support mechanisms and her rights to make a formal complaint.

Senator Keneally said there were “questions about whether or not this young woman was pressured to choose between her job and reporting the matter to police”.

EXCLUSIVE: Tonight @Lisa_Wilkinson sits down with the promising young woman allegedly sexually assaulted inside Parliament House who's being denied access to vital evidence based on archaic laws designed to protect our politicians. #TheProjectTV pic.twitter.com/ziJhgKqQuj

“This matter is under consideration by police. At all times, guidance was sought from Ms Higgins as to how she wished to proceed,” he said in Question Time.

“The government has aimed to provide Ms Higgins with her agency, to provide support to make decisions in her interests and to respect her privacy. This offer of support and assistance continues.”

In a statement on behalf of the federal government, a spokesperson from the Prime Minister’s office said the prime concern had been for Ms Higgins’ wellbeing.

“It is important that Ms Higgins’ views are listened to and respected. The government regrets in any way if Ms Higgins felt unsupported through this process,” the spokesperson said.

“Ms Higgins was told that if she did choose to pursue a complaint, she would have the full and ongoing support of the office and the Minister. This offer of support and assistance remains.”

“Everyone should feel safe in a workplace. Reports today of an alleged sexual assault in 2019 in a Minister’s office are deeply distressing. Throughout the entire process the overriding concern for government was to support Ms Higgins’ welfare in whatever way possible,” they said.

Another Labor frontbencher, Mark Butler, said “all workplaces need to do better”.

“It’s the responsibility of everyone in this building, particularly those of us in positions of leadership, to ensure that this workplace, Parliament House, like every workplace across the country, is a safe workplace,” he said.

Trigger warning: rape
My heart goes out to this brave woman and all survivors of rape
& sexual assault. I am ashamed at the culture of our nation’s parliament where young women are predated. What more is it going to take for reforms to keep workers safe? https://t.co/Qs7hnmryj9

Rachelle Miller, a former Liberal staffer who had made allegations of bullying after a relationship with minister Alan Tudge, tweeted that Ms Higgins was brave and “I know there are so many others”.

Such a brave act Brittany! I’m so outraged, but, sadly, I know there are so many others… speak out ladies! This HAS TO STOP!!!!! https://t.co/K3cedjJ7Q4

ACT Police confirmed its investigation into the incident, which began in April 2019, was still open. It said Ms Higgins chose not to make a formal complaint.

“If the complainant wishes to proceed, ACT Policing will assess the case and make a decision about whether there is sufficient evidence,” a spokesperson said.

The government spokesperson noted the government “consistently supported” a police investigation, and “we will await the outcome of this process.”