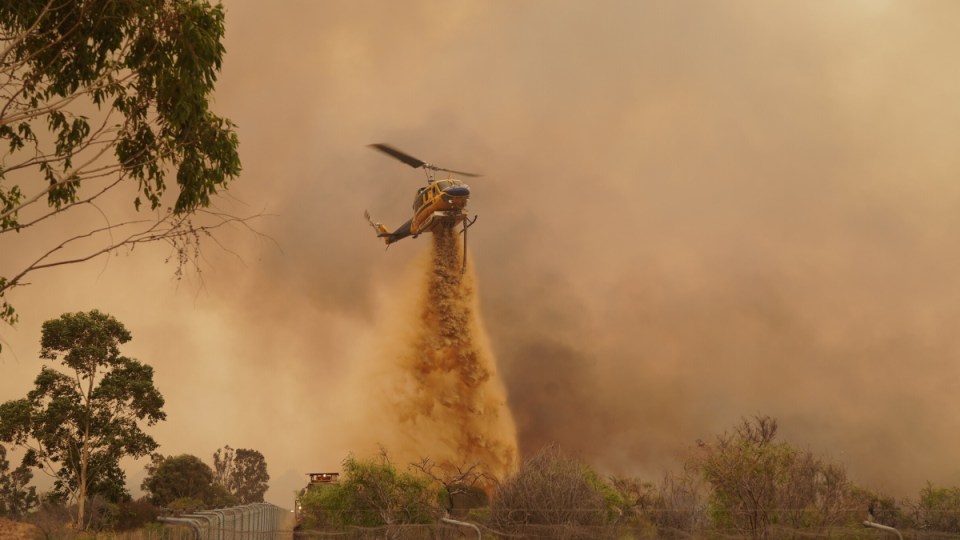 There are currently no serious bushfire threats in WA. Photo: AAP

Western Australians are being urged to prepare for severe wet weather on Monday as a low pressure system moves down the coast.

The heavy rain has helped fire crews on Sunday extinguish six bushfires in the state’s south-west, which authorities believe were all deliberately lit.

The relief came after two fires near Yallingup and Injidup were upgraded to emergency level amid concerns they could reach homes within hours.

Both fires, as well as the Wooroloo bushfire that devastated communities north-east of Perth, have been downgraded to advice level.

There are currently no emergency warnings for bushfires in WA as heavy rain and strong winds are expected to hit Perth and parts of the state’s southwest on Monday morning.

The weather bureau says falls up to 100 millimetres are possible in some areas.

“This is a rare weather event for people in the southwest of WA,” the Department of Fire and Emergency Services said.

The warning comes after heavy rain and flooding caused extensive damage in the state’s north over the weekend, including to the Northwest Coastal Highway.

Premier Mark McGowan said some closures were likely to remain for several weeks but authorities were already working to open the highway.

“Road building crews are ready to deploy as soon as flood levels recede sufficiently to make an on-the-ground assessment of the damage,” he said on Sunday.

Flood warnings are in place for river catchments across the Kimberley, Pilbara, Gascoyne and Central West Districts, with residents urged to watch for fast-flowing and rising waters.

The wet weather follows a challenging week for WA, with parts of the state also enduring a five-day lockdown because of a coronavirus outbreak and bushfires in the Perth Hills.