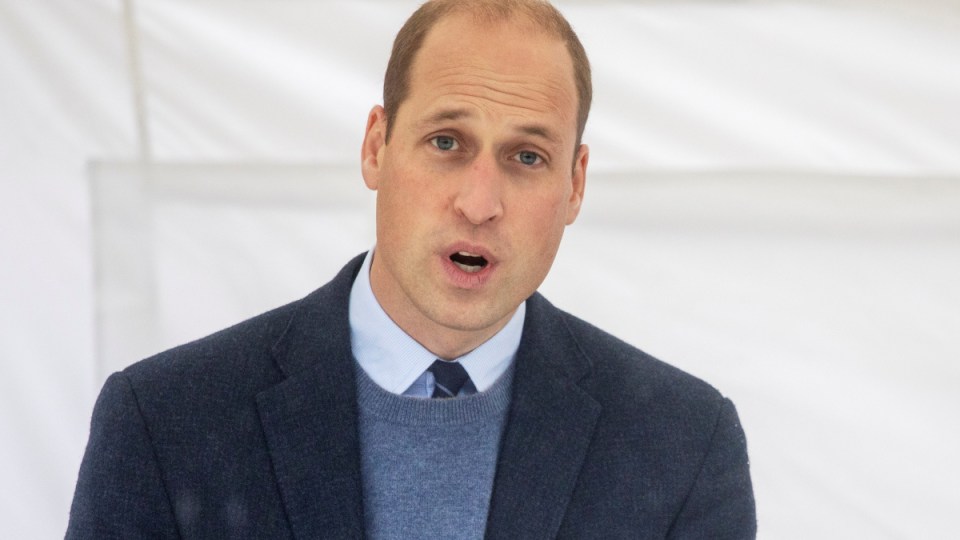 Prince Williamhas refused to comment on reports that he helped a Sandhurst classmate and family nescape Talibvan vengeance. Photo: AAP

Prince William has taken to social media to condemn as ‘despicable’ the recent spate of racist abuse aimed at soccer players in the UK.

As president of England’s Football Association, William said he commended all players and clubs who highlighted the abuse but said social media companies must do more.

“We all have a responsibility to create an environment where such abuse is not tolerated, and those who choose to spread hate and division are held accountable for their actions,” the said in a post from the official Twitter account of the Duke and Duchess of Cambridge.

“That responsibility extends to the platforms where so much of this activity now takes place.”

The Royal’s comments come as an independent report in Australia has  highlighted racism in one of the country’s leading AFL clubs.

An independent investigation has found Collingwood guilty of “systemic racism” and recommended significant changes to ensure the AFL club eliminates that “toxic” culture.

The review found racism at Collingwood has resulted in “profound and enduring harm” to First Nations and African players which “affected them, their communities, and set dangerous norms for the public”.

“While claims of racism have been made across the AFL, there is something distinct and egregious about Collingwood’s history,” the report says.

The review found that “in the thirty interviews undertaken … there was no clear consensus about what the values of the Collingwood Football Club were.

But, it found “there is a gap between what Collingwood Football Club says it stands for and what it does.”

The review found there has been a consistent pattern of Collingwood failing to adequately address incidents when they have arisen.

It also found there was an absence of internal avenues for reporting racism in the club until very recently.

“All of this comes back to the leadership of the Collingwood Football Club – particularly its board – and the need for them to set the vision and values of the club and to drive structural change within the organisation,” the report says.

Positive steps already taken by Collingwood include the introduction of policies that directly target racism and the appointment of a new CEO who is committed to making changes.

The report was commissioned by Collingwood’s board last year after a series of claims made by 2010 premiership player Heritier Lumumba.

The investigation was conducted by Distinguished Professor Larissa Behrendt and Professor Lindon Coombes, from the University of Technology Sydney.

Their report was handed to the club’s board on December 17.

Days later, long-standing president Eddie McGuire announced he will step down at the end of 2021.

While 30 interviews took place during the review, Lumumba did not participate in the investigation.

Lumumba has previously claimed he was nicknamed “chimp” and that a culture of racist behaviour existed during his time at Collingwood, spanning 10 seasons from 2005-2014.

“It is not appropriate to review those allegations without Mr Lumumba’s involvement,” the report said.

“Nothing in this review can be taken as exonerating the Club from any alleged wrongdoing.”

The report’s authors said there needs to be a serious investigation into Lumumba’s claims, with his participation.

Several FA clubs targeted by abuse during past week

Meanwhile, the FA vowed to work with the British government and social media platforms to tackle racism after players from Chelsea, West Bromwich Albion and Manchester United were targeted by online abuse during the past week.

In the aftermath of his team’s goalless draw with Arsenal on Saturday, Manchester United striker Marcus Rashford said he was racially abused on social media platforms.

Rashford did not post screenshots of the offensive messages he received after the match, instead tweeting that it was “humanity and social media at its worst.”

“Yes I’m a black man and I live every day proud that I am,” he wrote.

“No one, or no one comment, is going to make me feel any different…”

“Nobody should be subject to such abuse and it is deeply upsetting not only to those who suffer it, but to all those who come across this awful language too,” a GMP statement said.

“These hateful words have no place anywhere in our society whether online or otherwise.”

The FA doubled down on its commitment to stamping out discrimination of all kinds.

“We are united with all of football in our abhorrence of any racist abuse,” it said in a statement.

“This is not acceptable in any part of society,” it read.