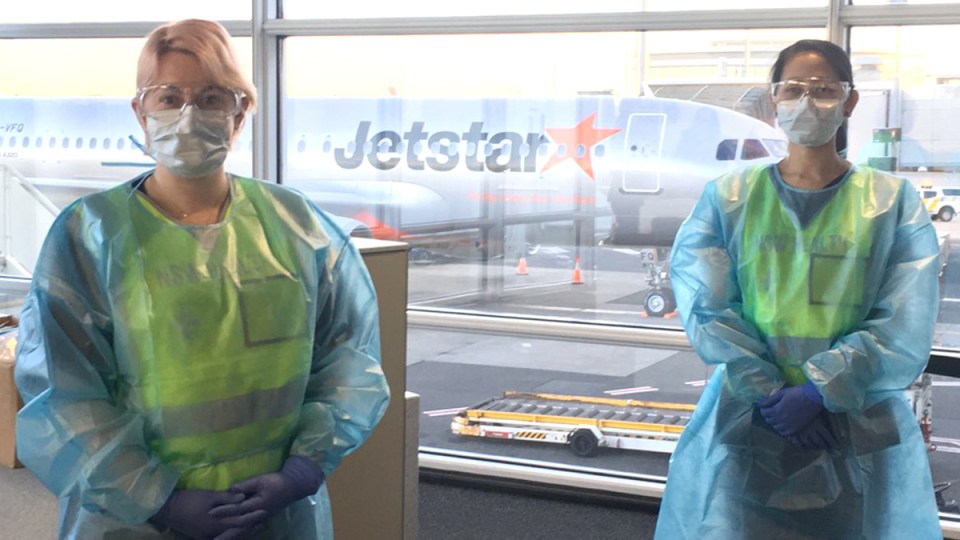 People entering other states from WA will be required to get tested and self-isolate until Friday. Photo: Twitter/Brad Hazzard

Several states have closed their borders to Western Australia after a hotel quarantine worker in Perth tested positive to COVID-19.

The reaction comes after a snap decision by the WA government to place up to two million people in Perth, the Peel region and the South West into a five-day lockdown.

Overnight Victoria, Northern Territory, Tasmania and Queensland closed their borders to the areas affected by the WA lockdown while South Australia has taken a more severe approach.

Victoria has shut its border to Perth and the two regions as the state recorded a 26th consecutive day with no locally acquired cases of coronavirus and just one case in hotel quarantine.

South Australia closed its border to all of WA overnight while Tasmania announced on Monday morning it would also refuse entry to people in these hotspot locations.

Meanwhile, travellers from Western Australia who have arrived in NSW in the past week are being told to self-isolate until Friday.

NSW Health says anyone who has arrived since January 25 is now subject to the same ‘stay-at-home’ restrictions they would have faced if they had remained in WA.

Premier Gladys Berejiklian told reporters on Monday morning it was a “difficult time” and said the NSW strategy was different to other states.

“It is a manageable situation at this stage and there is no reason why we will be altering our border situation.

“However, health has already put in place special measures in terms of notifying people if they have come across from WA in the last while, as well as screening those people who are coming in from WA,” she said.

Victoria’s COVID-19 Testing Commander Jeroen Weimar said those who had arrived from WA in the past week will receive a text message urging them to get tested for the infection.

“If they don’t get tested, if we don’t see their test results come through, we’ll be chasing them down to make sure they do just that,” he told ABC Radio Melbourne.

“If we need to go knock on the doors, we’ll do just that.”

Mr Weimar said the Victorian community knows how to respond to COVID-19 outbreaks in other states.

“We did it with Brisbane, we’ve done it with NSW, we’re now going to do with WA,” he said.

South Australia closes border to all of WA

The border closure, which applies to all of WA, came into effect late on Sunday night following an announcement from SA Police.

SA Premier Steven Marshall says acting “hard and fast” has been effective in controlling the spread of the virus in Australia.

“We have confidence that WA will get on top of this situation and that these restrictions won’t be in place for too long,” he said.

The new restrictions also mean anyone who has entered SA from WA since January 26 must self-quarantine and get tested on days one, five and 12.

People can apply for permission to travel from WA to SA for essential purposes, including South Australians returning home from WA.

Meanwhile in NSW, travellers from Western Australia who have arrived in NSW in the past week are being told to self-isolate until Friday.

NSW Health says anyone who has arrived since January 25 is now subject to the same ‘stay-at-home’ restrictions they would have faced if they had remained in WA.

Passengers who arrived in Sydney on a flight from Perth on Sunday night were screened for symptoms and asked if they had been to any venues of concern identified by WA Health. None of the passengers reported being at any of those sites.

The new Public Health Order requires all new arrivals in NSW to confirm whether they attended any of the venues listed on the WA Health website.