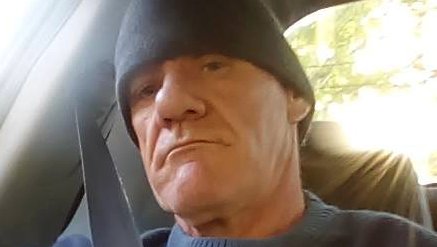 A man once questioned by Victorian detectives over a cold case murder has been sentenced to life in a WA prison for the “unprovoked and vicious” killing of his neighbour in the southern Perth suburb of Medina.

Darren Chalmers, 53, pleaded guilty to murdering 60-year-old Dianne Barrett, who was reported missing in May 2019 after her house was found abandoned with her dog still inside, the television on and her car in the driveway.

Her disappearance remained a mystery for seven months until Chalmers confessed to police he had used his hands and a metal bar to choke her after attacking her for no reason.

He told police Ms Barrett had accompanied him to his home for a cup of tea after he had been at her place for a meal, and he had “jumped her” after going to his bedroom and injecting a significant amount of methylamphetamine.

He then put Ms Barrett’s body, with a bag over head, on the back of his ute and drove about 35 kilometres to bushland where he dumped her body and covered it with leaves and bark.

The WA Supreme Court was told Chalmers was spoken to by police after Ms Barrett was reported missing, but he denied knowing anything about her disappearance and remarked to a friend, after watching an item on television about her: “Yeah, it’s a bit of a mystery, isn’t it?”

Prosecutor James Mactaggart described the murder as “vicious and violent”, saying the murder happened after Ms Barrett had provided Chalmers with an act of kindness by sharing a meal with him at her home.

Defence lawyer Sean O’Sullivan said at the time his client was in a meth-induced rage and he wanted to make it clear that there was nothing Ms Barrett had done that triggered what happened.

Mr O’Sullivan read to the court a handwritten note from Chalmers in which he said he was sorry for taking Ms Barrett’s life, that he was not a bad person, and that he was ashamed of what he had done.

The court was told Chalmers, who was born and raised in Victoria, was made a ward of the state when he was a teenager and he was then sexually abused by both men and women, which had left him with feelings of anger and rage – mainly towards women, who he had been violent against in the past.

Justice Stephen Hall said the murder was unprovoked and an episode of extreme violence.

He said while the drug use might be an explanation, it was not an excuse and Chalmers was well aware of the effect drugs had on him.

Justice Hall said the murder was aggravated by Chalmers lying to and misleading police after Ms Barrett’s disappearance, which caused prolonged suffering for her family and friends.

He sentenced Chalmers to life, with an order he serve 20 years before he can be released, meaning with time already served he will first be eligible for parole in 2040.

When Chalmers was charged in January last year it was revealed that after his arrest, Victorian detectives had flown to Perth to interview him about the death of 28-year-old Annette Steward in Geelong West in March 1992.

Ms Steward was strangled and her body found when a friend went to her home.

Police said at the time she was working at a factory in Point Henry and after she left there she went shopping before returning home.

In 2015, police offered a $1 million reward for information relating to the case, but no one was ever charged over her death.

Outside the court, Ms Barrett’s sister Kathy Phelan thanked prosecutors and police for their work on the case, and spoke of her sister as “the most beautiful person”.

“I’m happy, it might sound funny, but I’m happy for my sister Dianne,” Ms Phelan said.

“It’s been a very emotional time, most of us don’t experience this sort of thing.

“I’m just proud to be representing Dianne and her family and friends. She was the most beautiful person.”